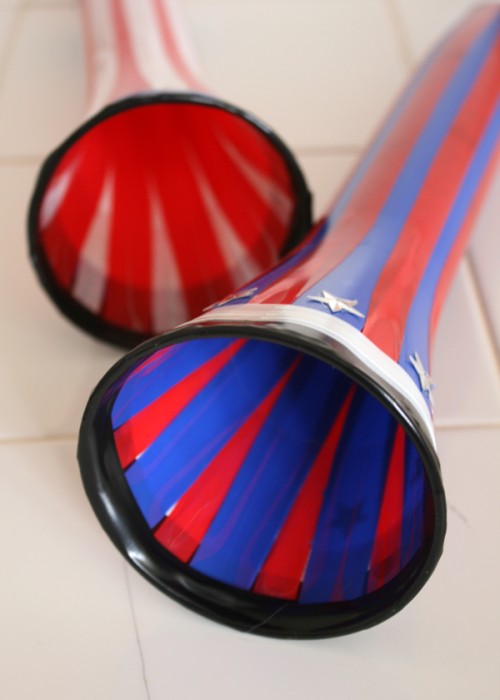 Lindsey from Filth Wizardry amazes and delights me with every post at her blog, and now she’s guest-posting incredible projects over at AlphaMom. Anyone who has been following the World Cup this year has heard the term “vuvuzela.” (If you haven’t heard it, it’s pronounced something like “voovoo-zella” and it’s the name of the South African stadium horns blown by fans.) Well, Lindsay has created a stadium horn made from dollar store stuff so your kids can toot along with all the World Cup soccer crowds (or, just use them to annoy the neighbors!) [how to make a vuvuzela stadium horn]