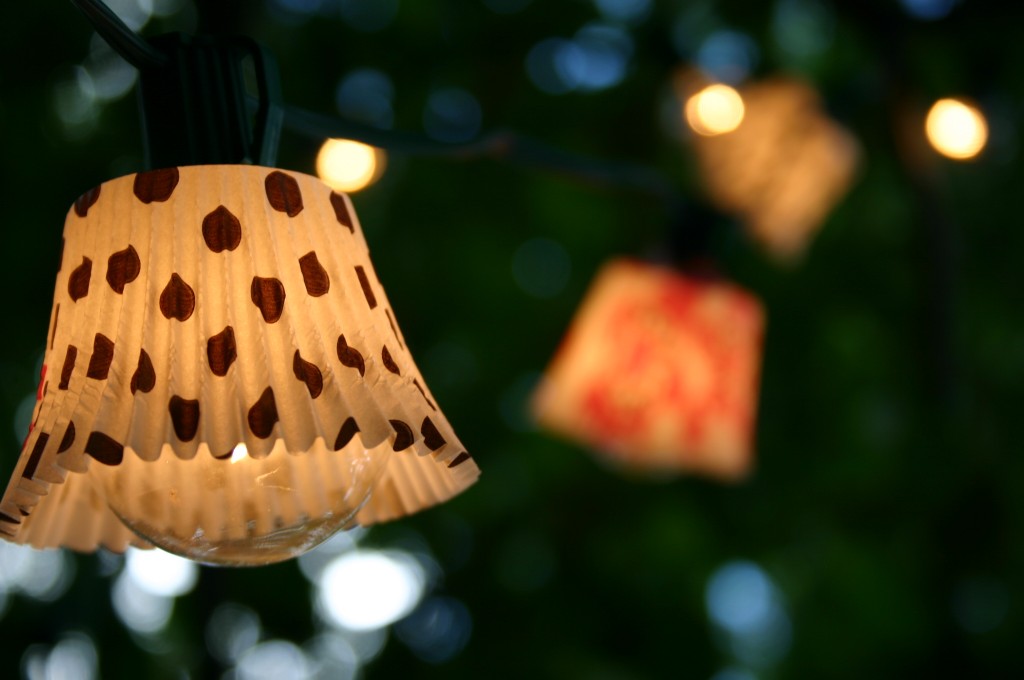 Camilla thinks that because cupcake liners are used in baking, they are designed to withstand heat a bit more, and should be pretty safe for this project. Even so, use caution and common sense when you do this project, and don’t leave these lights plugged in for an extended period of time. A commenter on the original post mentioned that you can use LED lights for a low-heat alternative. I think that’s a great idea, but LED lights are a little more expensive.

I made a poll just for fun. You don’t have to answer it to enter:

To enter to win the cupcake liners, comment and tell me what kinds of dollar store projects you would like to see more of. One comment per person, please. I’ll choose a winner tomorrow. I’ll give away another set of the liners at our Facebook page, so check over there to enter. (And just fyi, I give stuff away frequently and randomly on our FB page, so become a fan to get in on that sweet action!). Update: contest is now closed! Thanks for participating, and keep your eye out for more great giveaways. I have some big ones up my sleeve!

The winner is commenter #2:

I love this idea!! and you can swap the liners out for different ‘events’ like dinosaur ones for kid’s parties, heart ones for valentines, etc.!!