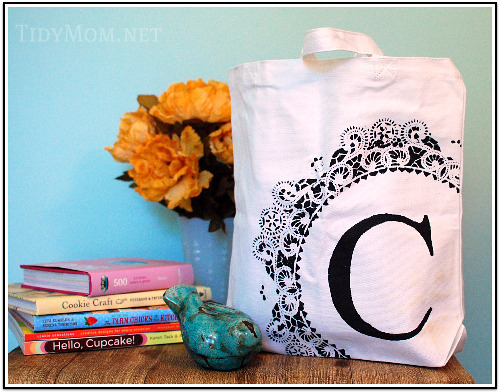 When I was in middle school, the most popular bag you could carry was a big square Esprit bag made of canvas that said “Esprit” on it. Anyone remember those? I saved up and bought one so I could get in on that trend. Now that I’m grown up, I’m thankfully immune (mostly) to the fads, but I still like to have a good tote bag (or twenty… yes I am one of those people. I am addicted to them!) TidyMom posted this awesome custom-painted tote bag she made by using a doily as a stencil. She also added a monogram for good measure. I think it’s stunning, and what a great technique. [how to make a doily stenciled bag] [thanks]