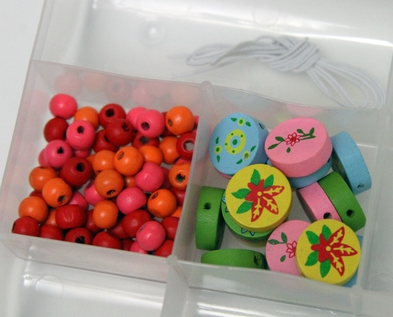 When I visited the dollar store this week, the aisles were full of boxes, and employees were busily unpacking new stuff! I totally have to go back this weekend to see what they put out in the store, but for now, let me just share the few things I picked up while I was there: a couple new-to-me items, and some restocked goodies I haven’t seen for quite awhile.

First up, in the picture at the top are these adorable wooden beads. They come in a beaded bracelet kit, and include the elastic thread, round orange, pink, and red beads as well as the decorative painted discs. They’re intended for kids, but I am planning on incorporating them into some remade jewelry pieces. I think they could be really cool! Everything in this pic came together, and grand total for this was $1. I used beads like these a couple years ago when I made my beaded stitch marker project, but this is the first time I’ve seen these beads in the store for over a year.

Well actually, there IS one thing in the photo above that I didn’t include in the price tally, and that’s something that is completely new to me at the Dollar Tree: plastic organizer boxes with compartments! 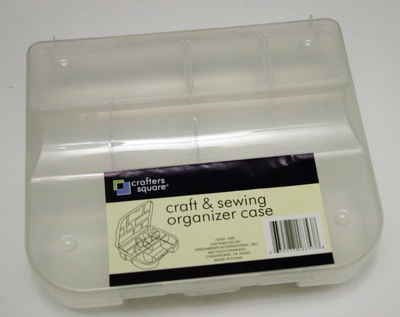 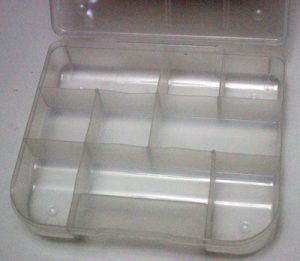 I have been storing my beads and finding in a muffin tin, but this small case snaps shut, and all the compartments stay completely separate from each other when it’s closed, so I snapped up a couple of these, and my beads have a new home. 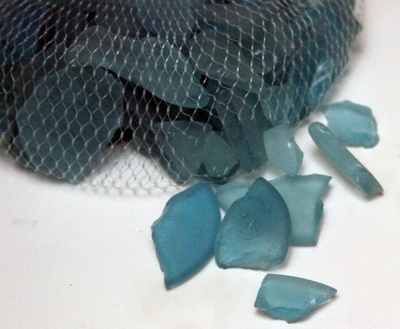 This isn’t new at the dollar store, but I found some decorative “sea glass” (ish) in the floral section. I would love to use these in some jewelry, although I need to figure out how to further smooth the jagged edges before I do that. They are definitely pretty, though!

Finally, my 4 year-old son has started mentally processing the concept of geography, so I wanted to get him a visual aid to help him understand cities and states. I found a large map of the USA in the school supplies section, so I’m looking forward to hanging it up so we can study geography. If you’re not excited by the idea of hanging a map up on the wall, think about this idea: these maps would make really cool gift wrap (especially for a guy)!

What have you found at the dollar store this week? And what would you do with the sea glass?