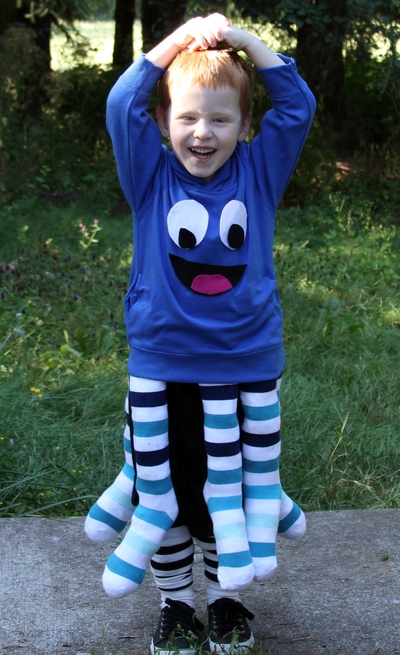 Welcome to Day 3 of Homemade Costume Week at Dollar Store Crafts! This week, I’m bringing you several costume ideas that are simple, no-sew, and frugal. Today’s featured costume is the no-sew Octopus costume. I used several pairs of striped knee socks to create the octopus legs. You can find knee socks at the dollar store, or shop at Target or Wal-mart for more selection. [get instructions for making the Octopus costume at my Kaboose post] 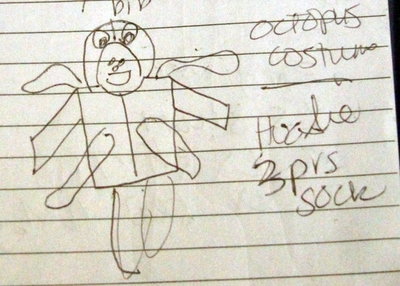 I originally imagined this costume slightly different, with the sock legs coming out of the chest and the child’s arms as one pair of legs. I decided to make the legs more like a skirt coming off of the sweatshirt and add the face to the chest of the sweatshirt instead of the hood.