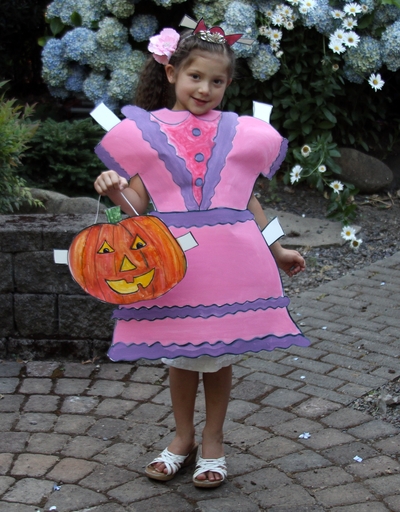 I recently made a few no-sew costumes for Kaboose.com, so I wanted to show them off to you. I’ll post one a day for the next several days: Homemade Costume Week. These costumes are simple, no-sew, and frugal, of course! My favorite idea was this one: a Paper Doll costume. I loved playing with paper dolls as a kid, and so the idea of dressing up like a paper doll made me smile. The best part? It’s easy to make, even if you don’t think you can draw.  Oh, and it’s super cheap, too! [how to make a paper doll costume] 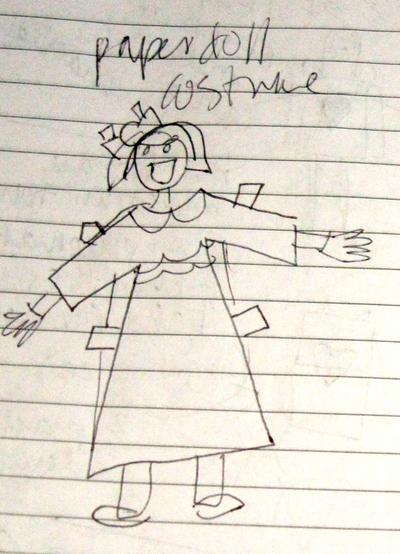 Another thing I love about this costume is that it turned out just like the sketch I drew when I had the idea. I love it when everything works out just like I imagined!