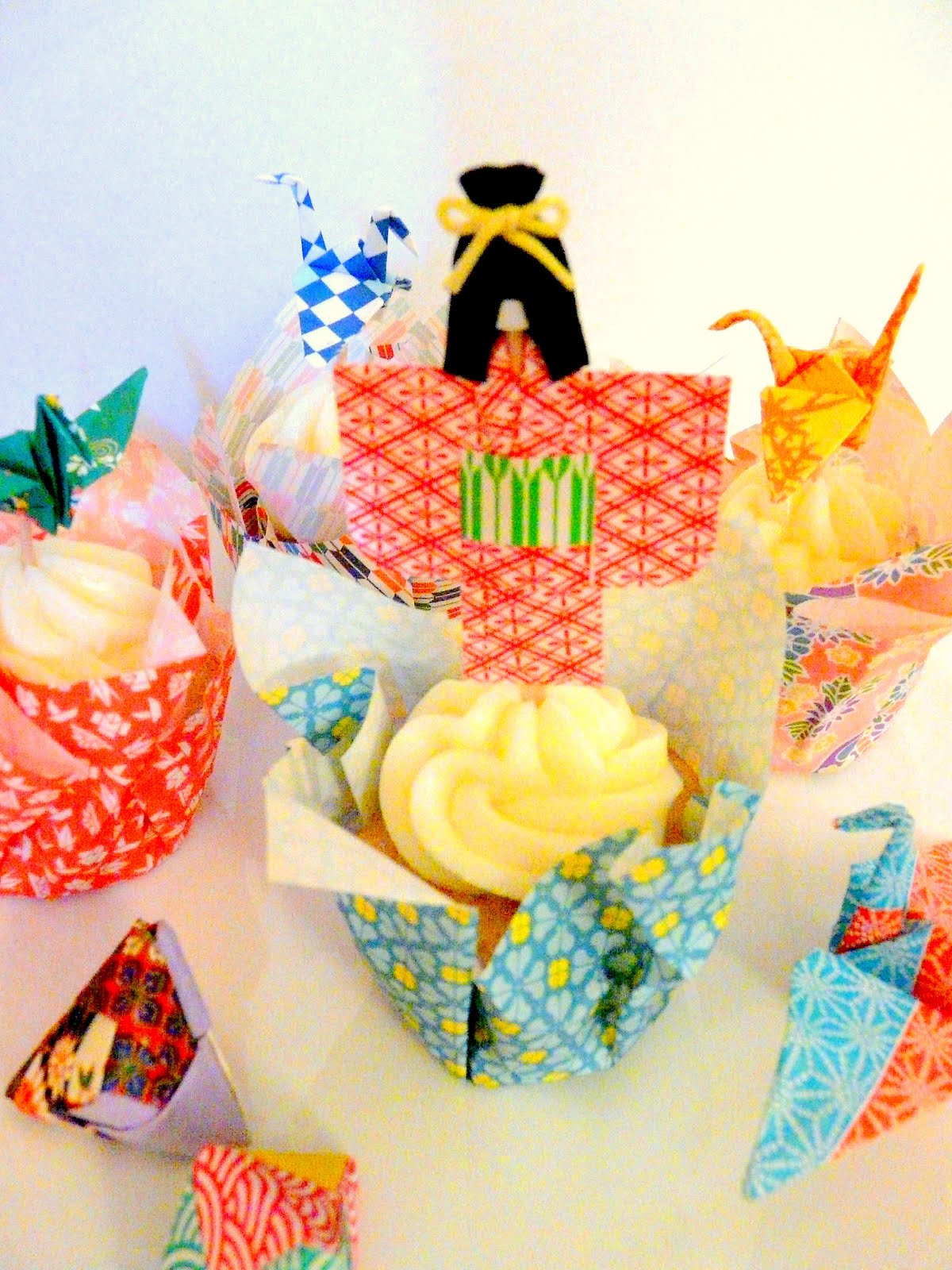 You don’t have to spend money on expensive designer paper cupcake liners (although, it sure is a fun way to waste money!) — you can create your own beautiful designer liners with pretty origami paper. Jenn from Rook No. 17 shares this great idea on her blog. What other kinds of paper could you use to make cupcake liners? If you are nervous about cooking with not-made-for-cooking paper, how about using parchment paper to bake the cupcakes in, and then slipping them into these cups after they’re baked? Jenn tells us how to do both [at Rook No. 17 – check the links below for specific info]