My preschool sons love the Lego Star Wars and Indiana Jones games, and are just getting old enough to play with Legos in real life. I have been tempted to do Lego costumes or party themes  but it just seems so ambitious (and I am all about quick and dirty, not meticulous and complex!) I’m duly impressed with the following costumes (and in awe of the people who were patient enough to create them). I have been checking the wide wide world of web this week, and have been very impressed with dozens of handmade costumes I’ve stumbled across, so I’m writing a series this week highlighting some of the best. Check out my previous posts in the series: 25 Best Geeky Handmade Costumes and 9 Kids’ Food Costumes.

A lot of people made Lego Minifig costumes this year, using a large variety of techniques. If you’re not up on your Lego jargon, a minifig is the little Lego guy. 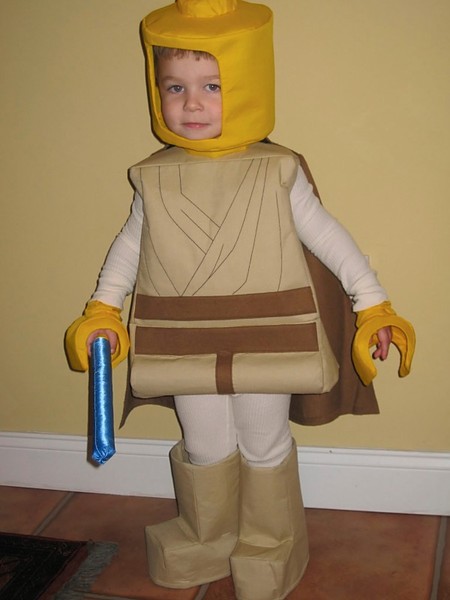 This looks like it’s hand-sewn with reinforcements in all the right places (boning, plastic canvas or cardboard?) and worn over some long underwear. It’s one of the most impressive minifig costumes I’ve come across. 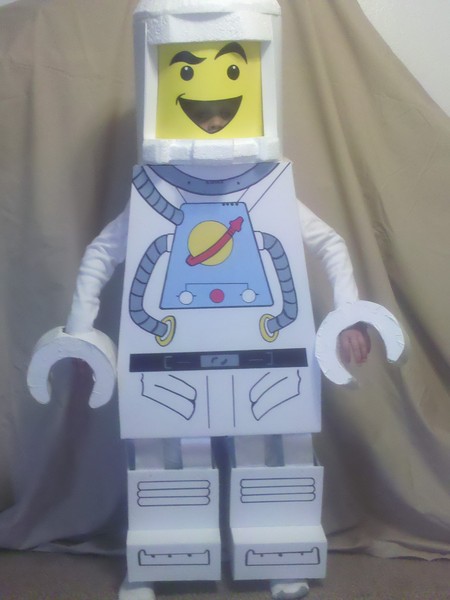 The specific minifigs (Astronauts, Star Wars, etc.) are my favorites, so I love seeing the human versions of them! This Astronaut minifig costume looks like it was made with cardboard, styrofoam, and acrylic paint, and I especially like the clever way the face was made (with posterboard?) – with plenty of room to see out of the mouth. 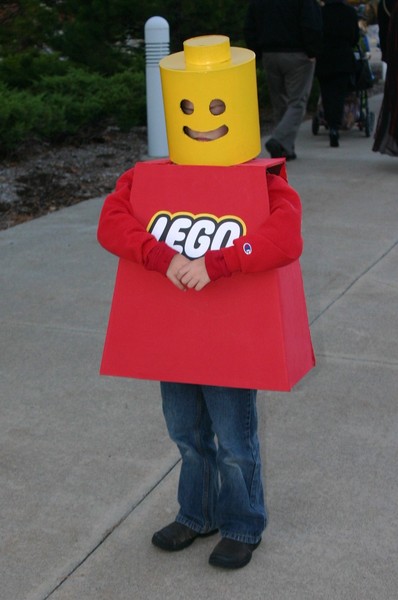 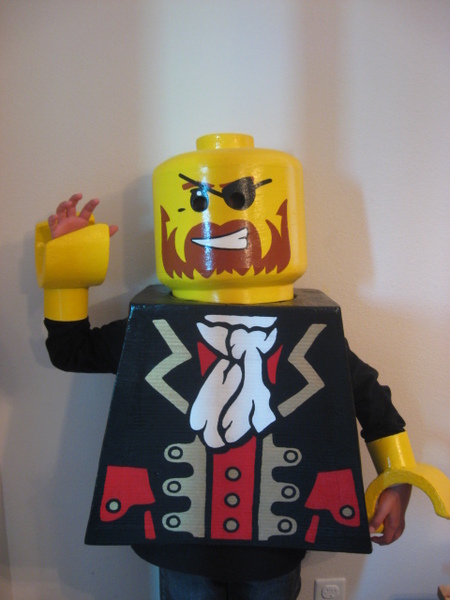 The creator of this costume said: My son loves anything Lego so this year we made a Brickbeard the Pirate Lego costume out of cardborad and styrofoam.

Special features on this Lego minifig costume are its amazing paint job, and the shiny finish on the minifig’s head. It looks perfect and Lego-y. 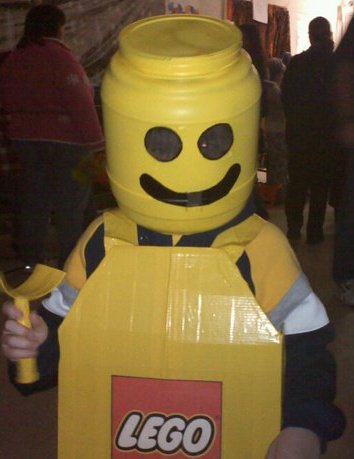 If I made a Lego minifig costume, it would probably be like this. Recycled plastic container for the head (that’s my guess, anyway), duct tape-covered cardboard for the torso. Hand-held hands. Looks like it offers maximum mobility for a little guy. 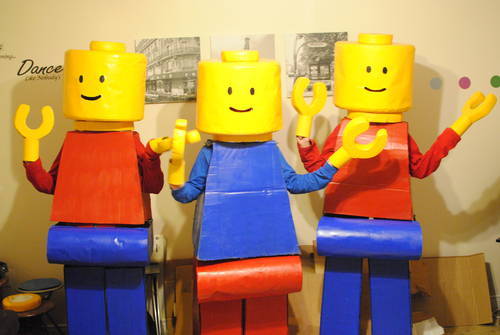 A Trio of Lego Minifigs by katie08 on Craftster. 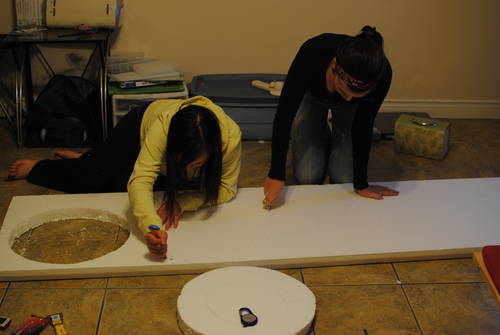 The heads were the most work. The “stud” on top of the head, the neck and the top and bottom of the head were made out of carved styrofoam. We cut it with knives, then sanded the styrofoam. Then we covered it with drywall putty and let it dry. Then we sanded the dry wall putty for a smooth finish. We painted the pieces with yellow paint. 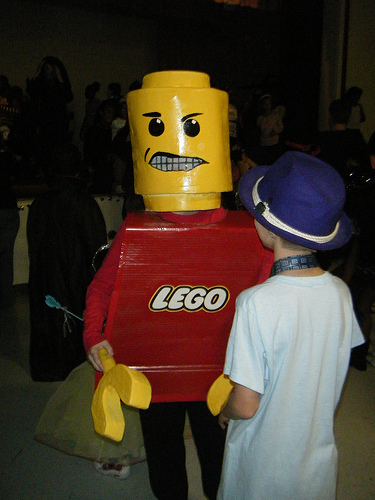 The Dads completely geeked about it.  I was asked about a hundred times how it was made and then they couldn’t believe that a mere woman had made it.  I mean, what woman works with joint compound?
Find out how she made the Lego Minifig Costume here
And more tips for making it here