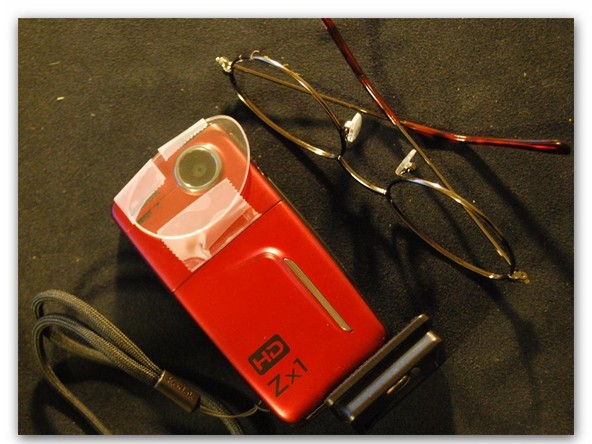 I love my small web video camera, but it does have its limitations. Sean Lee, a user at Make: Projects wanted to use his little video camera to make how-to videos, but the camera is made to focus on things about a meter away, which didn’t work for the small circuits Sean wanted to photograph. Instead of buying a new camera that could do the job, Sean (and his wife!) came up with a neat little hack to adjust his small web video camera’s insufficient focus using a supply he found at the dollar store. Can you guess what the supply is? Hint: it’s in the picture! Yes, it’s a lens from a pair of reading glasses! [how to make a fifty cent macro lens] [via our friends at Craft]