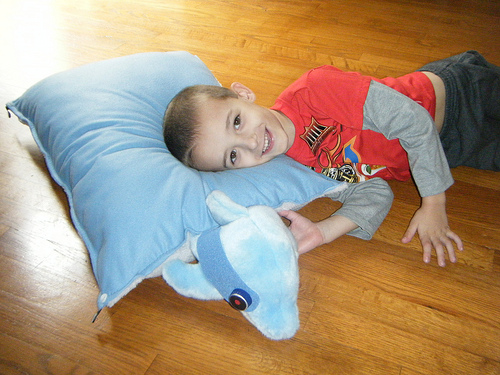 I get really excited when people have the same idea as I have, because if they get to the project first, I don’t have to make it for you! I have been thinking about making a dollar store pillow pet tutorial, but lucky me, Shea at All Things Shea make one almost exactly the way I imagined making it! If your kids are begging you for a Pillow Pet, but you don’t feel like shelling out $20 for fad that’s also a pillow, check out Shea’s great tutorial on how she combined a stuffed animal, a pillow, and some chenille and created a “notquiteapillowpet.” You can use a neglected stuffed animal from the toy chest, or buy a new one for this project. [how to make a pillow pet inspired toy] 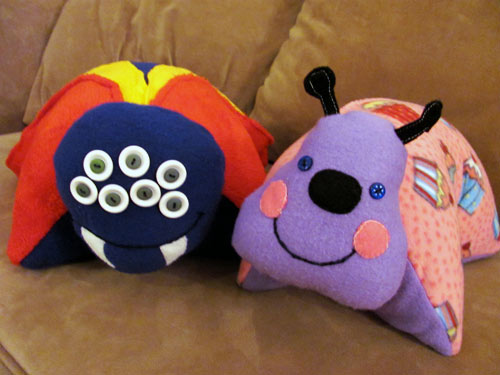 While Shea was making a dolphin pillow, my friend Jen from Jgoode was also creating pillow pet-inspired toys for her kiddos. She made patterns for them, and calls them Bed Bugs! Cute! She even added pockets! [get the bed bugs patterns]

p.s. There’s another great step-by-step sewing tutorial for Pillow Buddies at Twelve Crafts Till Christmas too!