Reader Melinda spotted some last-minute deals at W-M and DT and wanted to share her finds. Are you willing to brave the big blue or green the week before Christmas? What are your tips for staying sane during last-minute shopping? I have to go grab some groceries at Costco before the big day, and I am dreading the crowded aisles and long lines (no matter where I go!) Still, good deals make it almost worth it…

Hey Heather – here are the W-M deals I found. 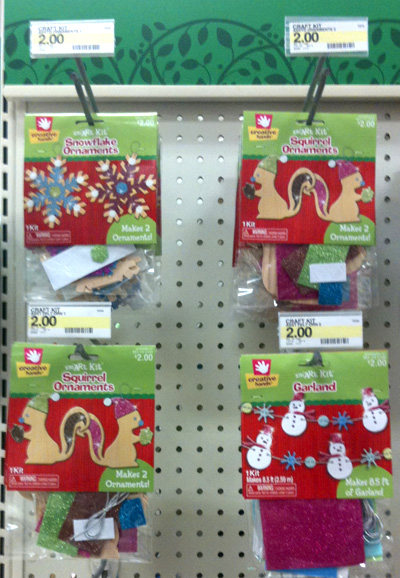 Craft Kits: $2.00 for foam craft kits. My favorite is the sparkly squirrels kit! 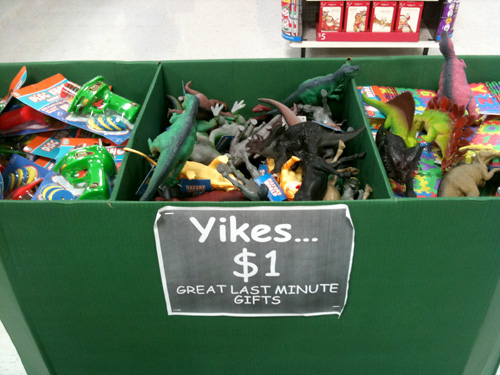 $1 Bins: One of the many $1 last-minute stocking stuffer bins 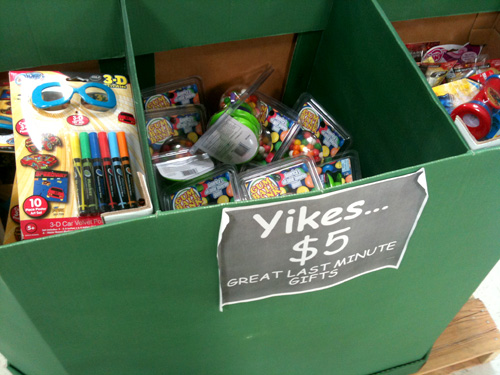 $5 Bins: One of the many $5 last-minute gift bins. There were also some $3 bins, but they were all empty at my store!

Here are the things I saw at DT: 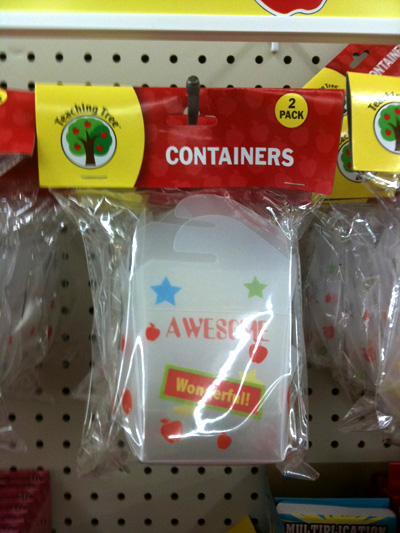 Awesome Take Out Boxes: Plastic Chinese take-out style boxes with affirmations for kids. Use these to hold little gifts for kids who do great on a test, need some encouragement, or completed a great project. Great for both parents and teachers! 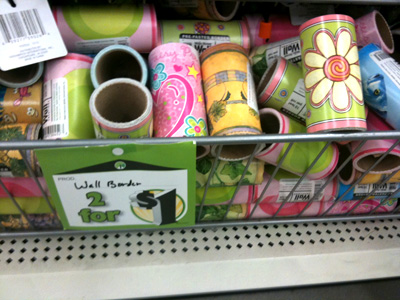 Wall Borders: These are pre-pasted wall borders. They’re 2 for $1. A great addition to a kid’s room, or can be used to customize a bathroom, playroom or toy box. 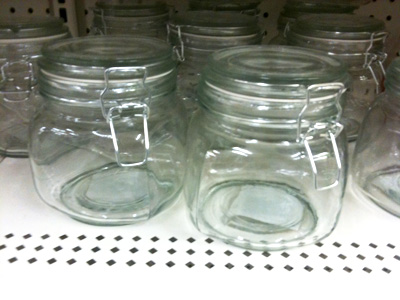 Lidded jars – great for all those “in a jar” gifts like cookies and brownies or chai tea and hot cocoa mixes. Can also be used for spare change, crackers, or to contain small toys.