Hair clogging the shower or bathroom sink? eww, that’s gross! This simple device is a home-made alternative to a store-bought variety. The only difference with this DIY version is that it’s made from a plastic soda bottle, instead of a thicker plastic found in the commercial version. Oh, and it’s free! Heck, I bet you’ve got a plastic bottle hiding somewhere close by, and a tardy hair-filled drain just waiting for a cleaning.

Save the cost of a plumber, the hassle of big clunky augers, and stay away from using nasty chemicals to fix your next hairball drain clog. Make your own drain cleaner in under 10 minutes using a 2 litre plastic soda bottle, and let that drain flow! 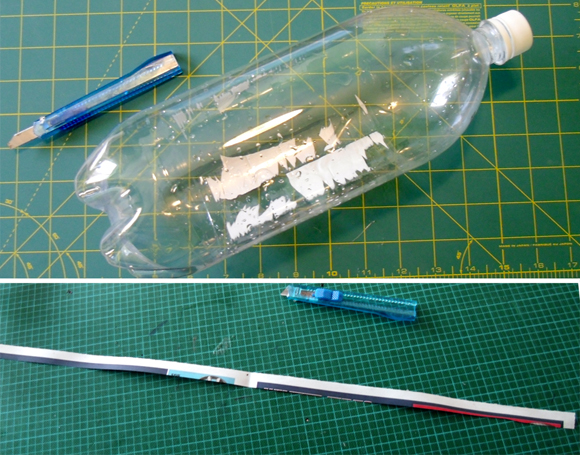 Clean out the plastic bottle and remove the label, then set aside.
To make a guide for the strip cut a 2cm (0.79″) wide strip from newspaper. This will be our template to maintain a consistent width when marking the plastic bottle. 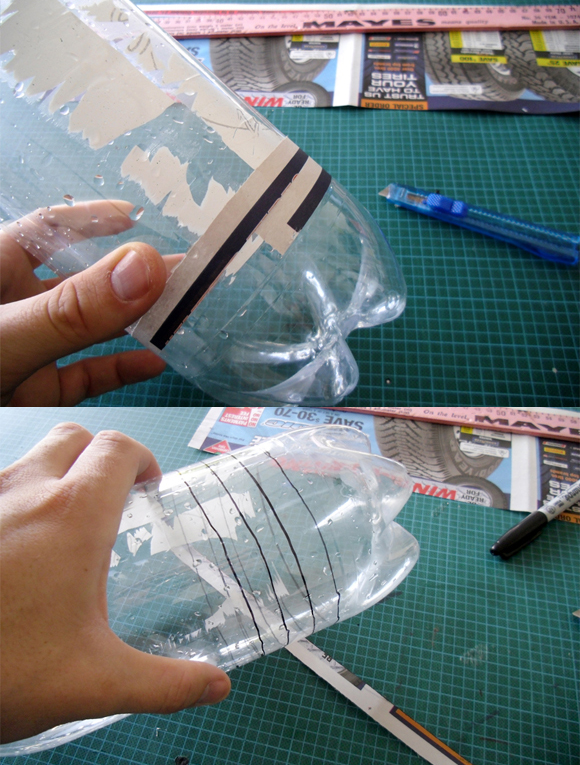 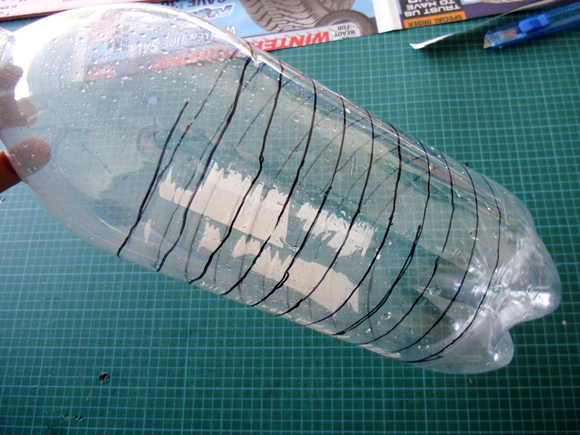 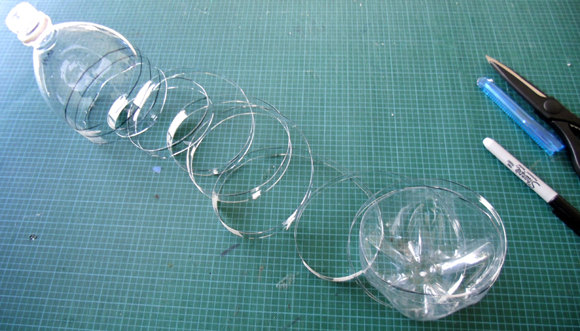 In order to cut the bottle you’ll need to give it some rigidity. Make an incision around the circumference of bottle at shoulder, then stuff insiders with newspaper. After bottle is stuffed carefully cut along spiral marking, working your way down the trace of marker until you get close to the bottom. 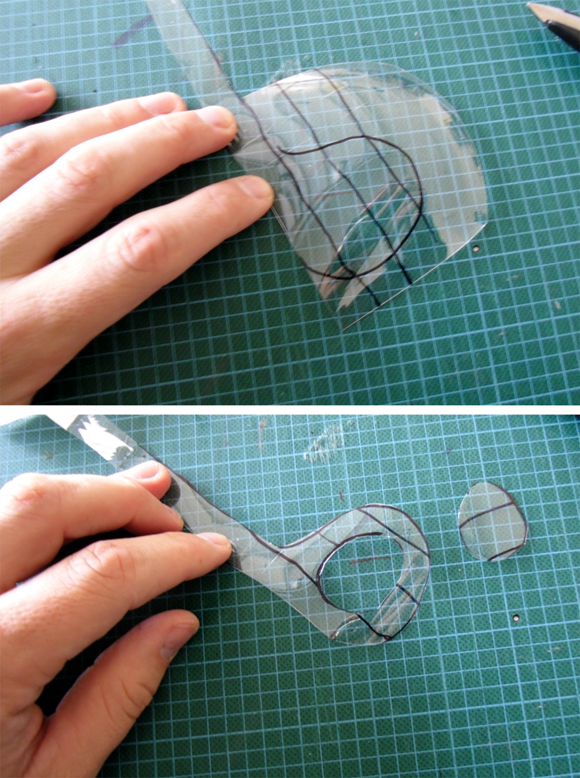 Trace out a finger loop near the termination point of one of the ends of the spiral. This loop will be the handle use to pull our cleaner after it’s inserted in the drain. 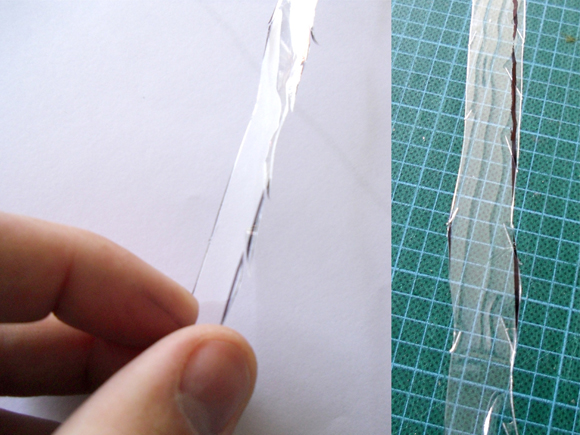 This device works due to many small teeth along the edges of the strip aligned in the same direction, the teeth will all need to be pointing upwards when inserted into drain.

To make teeth, use scissors angled at 45° to make small cuts along both edges of strip at regular intervals, I used one cut every 30mm (1″). The teeth cuts do not need to be deep, only enough to create a sharp point along the edge. After teeth have been cut, gently bend out each tooth to emphasize the catch point.

After teeth have been cut, gently fold strip lengthwise. This will create a v-shape to the cleaner, giving it some rigidity. Then cut the bottom into a sharp taper. Insert tapered end into drain, holding v-shape folded lengthwise closed with your fingers until it reaches/breaches the clog. Using the handle pull the strip back up, ideally capturing hair in it’s teeth. 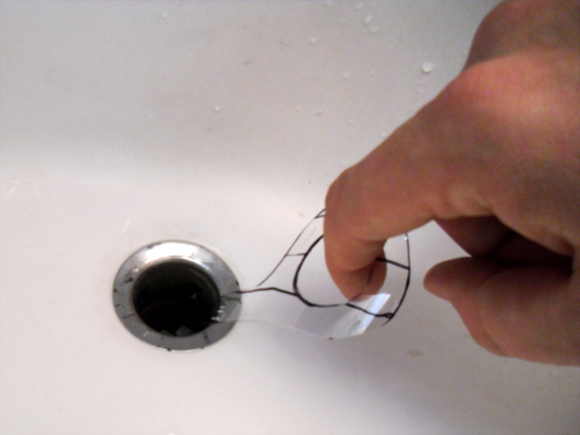 Here’s a video of it in action:
hairball

After pulling hair out of the drain, clean device by pulling out hair in the same direction as the teeth. Reinsert into drain and repeat de-clogging until all hair is removed.