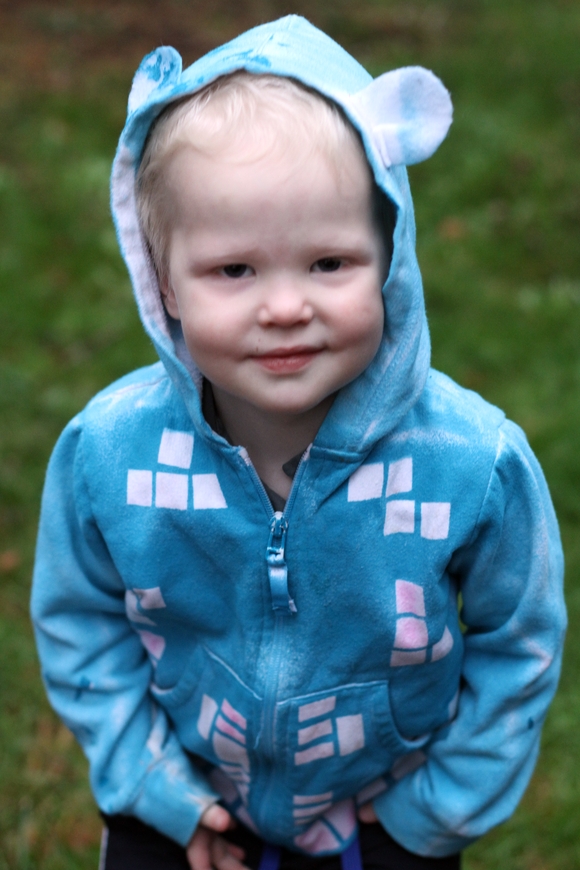 Everyone and their mother (ESPECIALLY their mother) knows that white clothing and toddlers don’t mix! This sweatshirt was hopelessly stained and unwearable, so I made a little crafty magic and turned it into something even cuter than it was before! The process is simple enough for anyone to do, so read on to find out how to transform a ruined sweatshirt into a favorite new one with just a couple simple steps. 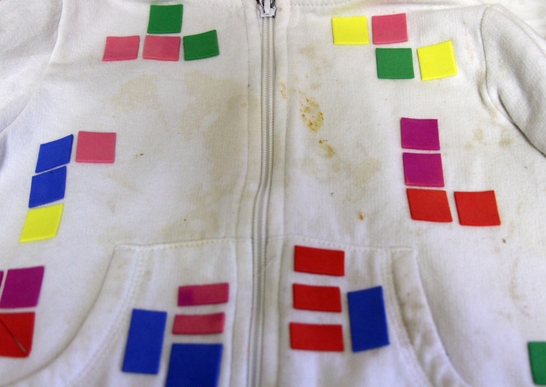 This poor white sweatshirt has been stained to death. Oh, the momguilt when you let a poor garment get ruined like that! I’m even embarrassed to show you this photo because it looks so bad. I never know what to do with stained clothing because I feel guilty donating it to a thrift store, and I don’t want to throw it away. Then I think, hey, I’m crafty, I can do something with this (and then it sits in a box for years… but that’s another story!)  This technique is such an easy way to save stained clothing. When my son wore the revamped hoodie, even my mom didn’t realize I had gotten crafty with it — she thought I got it at a store.

1. Stick foam stickers on garment in any pattern desired. I used Tetris-style shapes on the body of the sweatshirt, and random rectangles on the pockets and waistband (I ran out of squares). The non-Tetris parts remind me of Tron, which makes this sweatshirt twice as cool and geeky!

DO NOT stick stickers over any stain. Anything you put a sticker over will show through in the final garment. 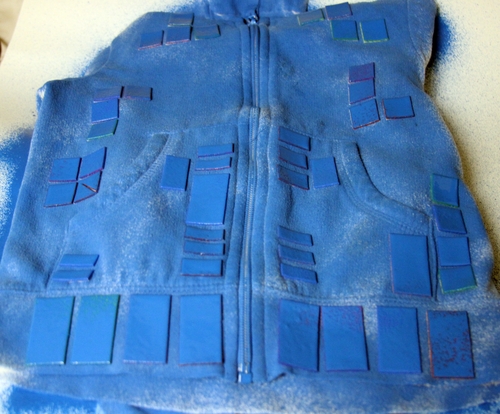 2. Lay the garment out on your dropcloth and spray according to paint package instructions. I used a pretty heavy application of paint to hide the stains. Allow to dry, then turn garment over and paint the back.

NOTE: You might want to cover the zipper before you paint, as the painted zipper is slightly tough to zip up. Use a piece of masking tape. 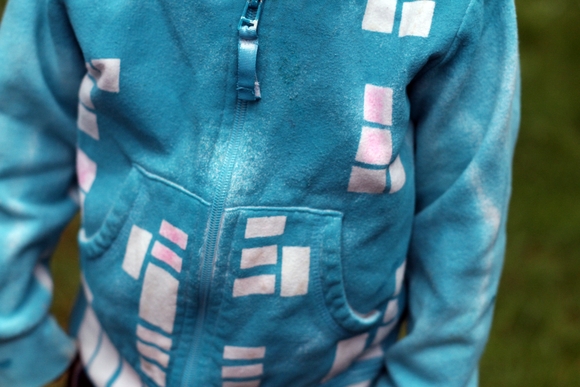 3. When sweatshirt is dry, remove the stickers.

NOTE: I waited a couple weeks before I removed the stickers because I got distracted with life, so the stickers bled onto the sweatshirt a bit (see the pinkish tinge on some of the squares). I recommend removing the stickers as soon as the paint is dry. 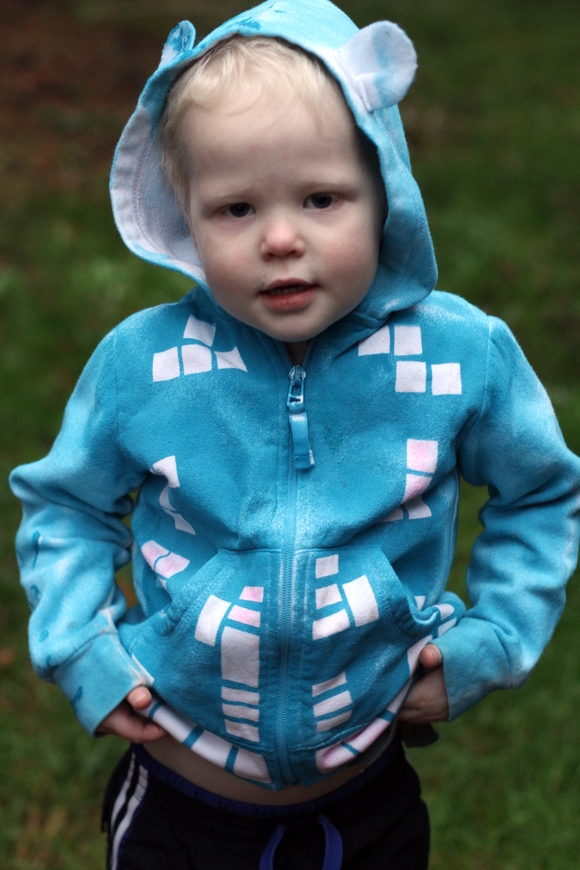 Yes, this sweatshirt has ears – ha ha! I added them a couple years ago when I had a Panda Party for my son, who was turning one. The same son who is in this picture here, and is almost three now!