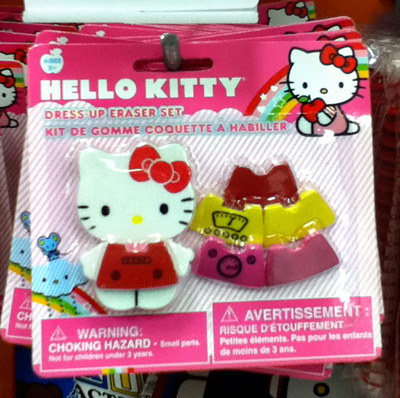 Michael’s has become one of my favorite places to find great one dollar deals. They always have great seasonal $1 items in their bargain area. I took a spin around my local Michael’s last week and snapped some photos to share what I found.

First up, this Hello Kitty dress up eraser. So kawaii it hurts! There were also many other $1 Hello Kitty items, so if your child loves HK, maybe go pick some stuff up for the next birthday party. 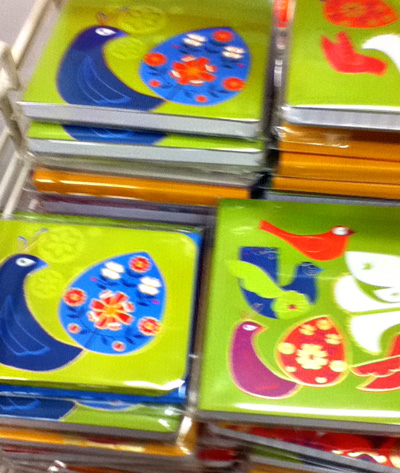 Michael’s always has cool $1 stationery. Right now they have this retro-ish bird stationery — notecards and notebooks. My photo is crummy (forgive the stealth camera!), but these are super cute in real life. 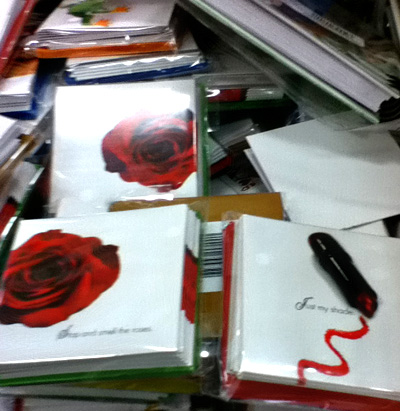 Speaking of cards, I found these small card enclosures – they’re about 2″ square. They have interesting Valentine’s Day-ish things on them like lipstick and roses (and frogs?) 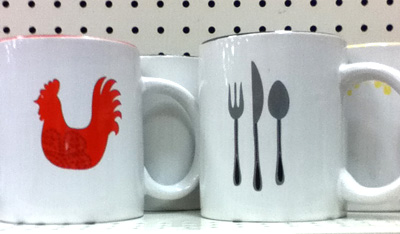 I thought these Scandinavian-looking mugs were cute, too. Again, they look much cuter in real life. 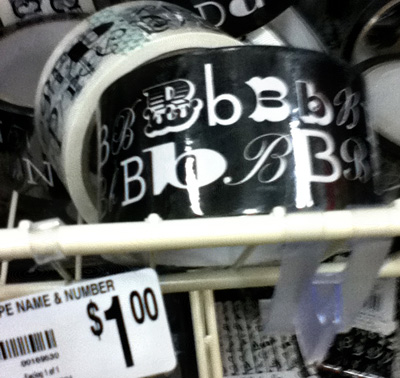 Monogrammed packing tape! I have been LOVING the patterned packing tape I got at M’s awhile back. It makes everything I’m sending just a little bit more fun! 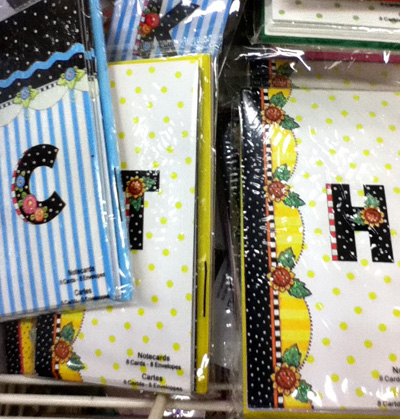 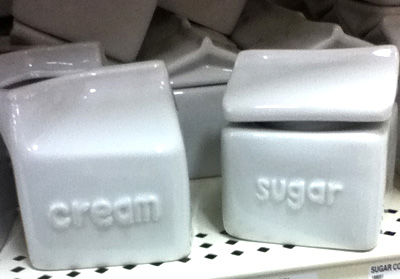 I totally snatched up these ceramic cream & sugar containers that look like little half pints. I saw a designer version somewhere for much more than $2! 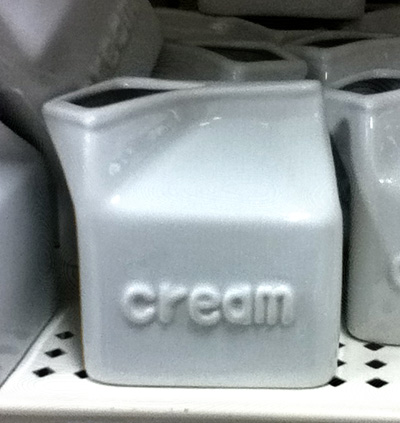 Here’s a better shot of the cream so you can see how cute it is. 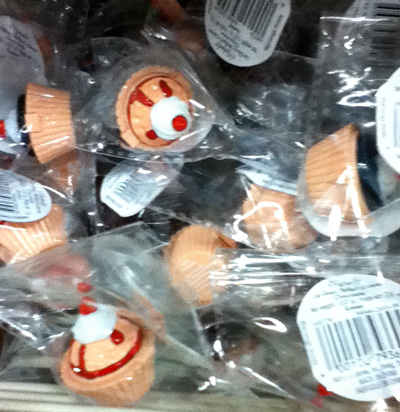 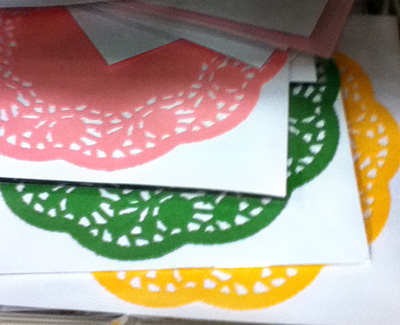 Brightly colored paper doilies are awesome! We have some great doily crafts here at DSC you could do with these pretties. Like this Doily Cone Wreath. 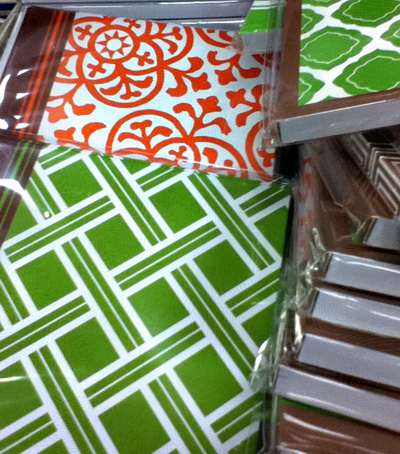 Back to the stationery. These are african print-inspired journals and notecards. 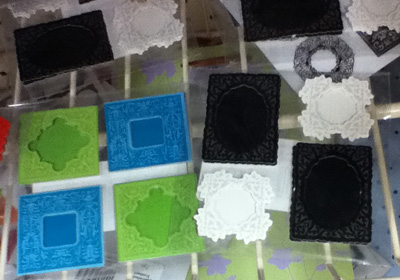 For the scrapbooking types, these little teeny 3D frame embellishments are cute. 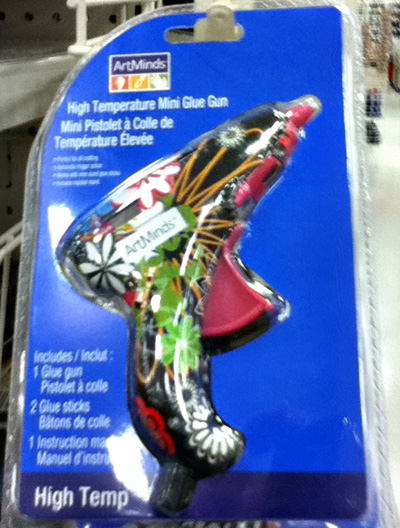 This glue gun isn’t $1 (I think it’s $5), but I thought it was cool. A patterned glue gun! There were several different kinds of patterns too. Why shouldn’t your glue gun be fabulous? 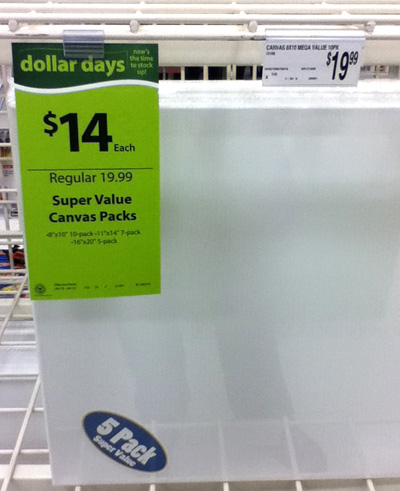 They had 5 packs of 16×20 canvases for $14 each. (I just realized, I don’t know when the sale on these is over… it could have already passed. Such is the life of the mama who can’t blog about everything right away! Does anyone know if Michael’s is still doing dollar days?) 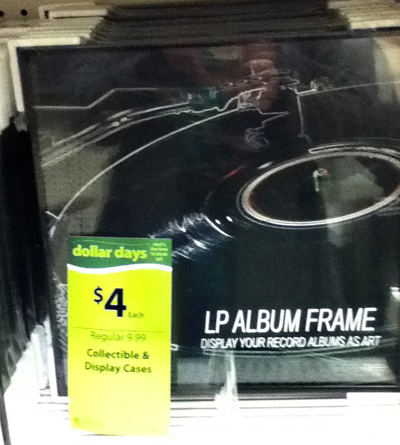 Another great dollar days deal: $4 square album frames. These are 12×12 so you can use your big scrapbooking pages or layouts with these too. So many dollar store craft applications for these frames!

That’s it for now. What scores have you found lately?