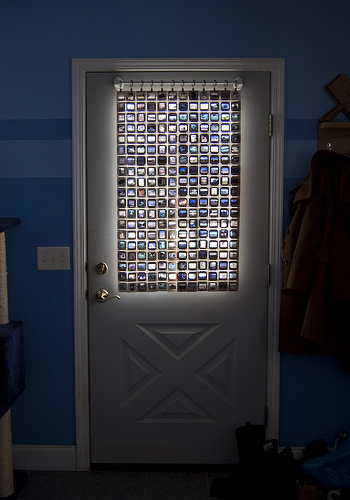 Craftster user Lufah found a box of 35mm film slides at an antique store and put them to fabulous use by making a curtain. They’re attached to cafe curtain clips at the top, so they’re even functional, and can open and close. Each slide is connected to the slides near it with large jump rings. Doesn’t the curtain look awesome with the light shining through it? This isn’t technically a dollar store craft (I don’t think you can get any of this stuff at the dollar store!), but it’s so neat I just had to share. [how to make a kodachrome slide curtain]