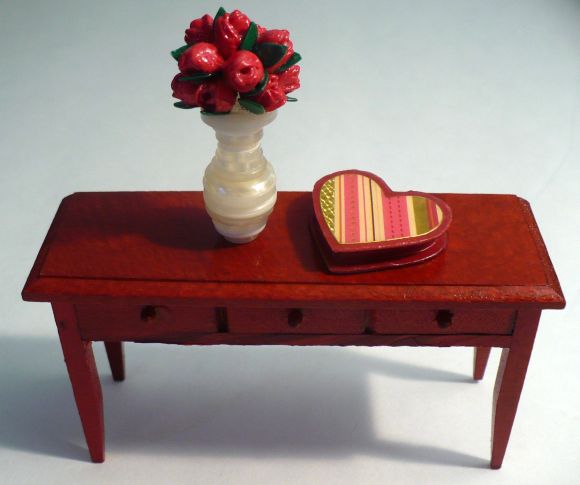 I’ve been shifting my crafty gears into Valentine mode this past week.  Continuing with my all-things-tiny obsession, I decided that just making a miniature heart-shaped candy box wasn’t enough.  When I came across the ric rac rosette necklace tutorial at Craftify It, I knew that a dozen itty-bitty roses in a wee vase would be perfect!  After much deliberation over how to construct a vase, I had a revelation: stacked buttons!   And what crafter doesn’t have a ridiculous stash of those laying around?  I couldn’t be happier with how it came out.  It makes me giggle just to look at it!

To make the vase, you will need buttons in varying sizes.  I used 14 buttons, but you can use more or less to get the size and shape of vase you want. 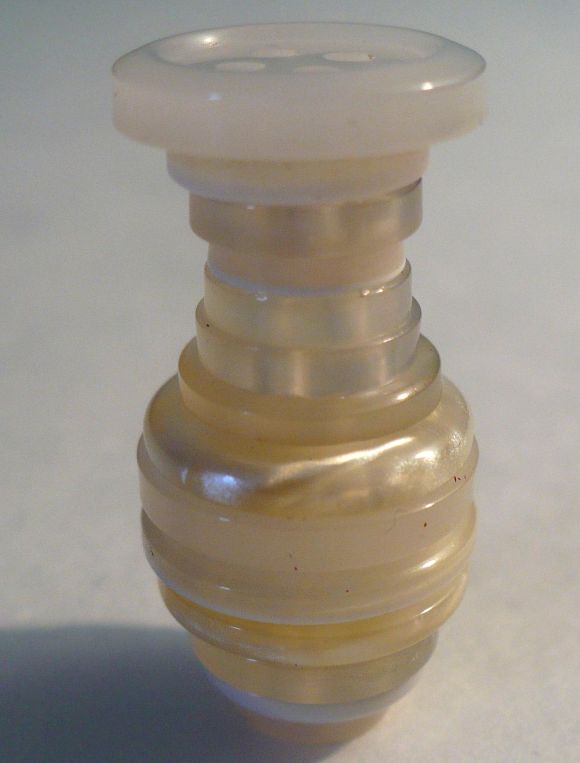 Stack the buttons and glue them together, working from small buttons to large buttons, then back to small and up to large again.   This will create the classic shape of a vase. 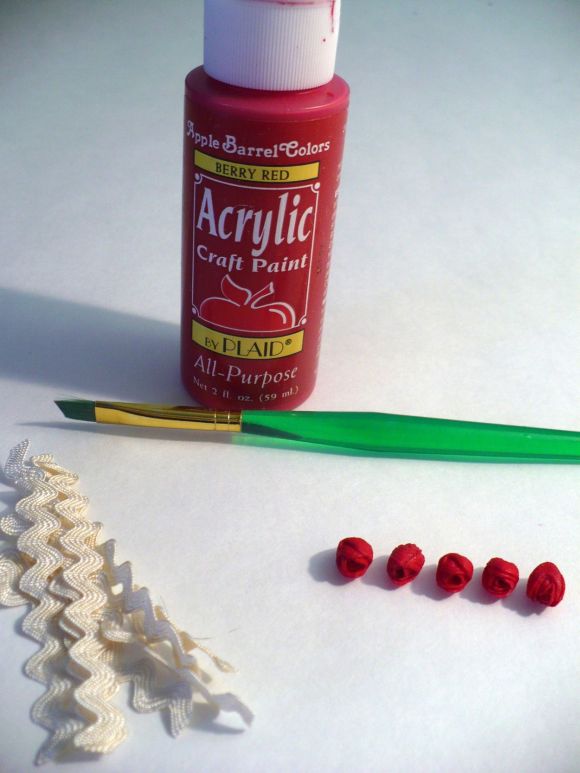 To make the roses, I used the ric rac rosette tutorial from Craftify It.  I wanted red roses, but the only red ric rac I had was too wide and made roses that were too large for my vase.  I did have skinnier ric rac in white, so  instead of buying new ric rac, I made white roses and painted them red with craft paint.

Cut the ric rac into sections about 2 inches long to make tiny roses.  Before you roll them, coat the ric rac in Mod Podge, then hold the rolled rose until it dries to make the roses hold their shape.   If you are painting your roses, roll them first and then apply the paint after the Mod Podge dries.

Keep working until you have a dozen roses.  (Aren’t they adorable??) 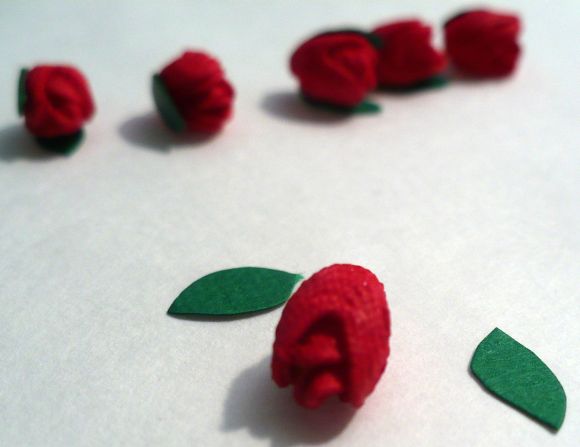 Cut leaf shapes out of green paper.  Glue one or two leaves to each rose. 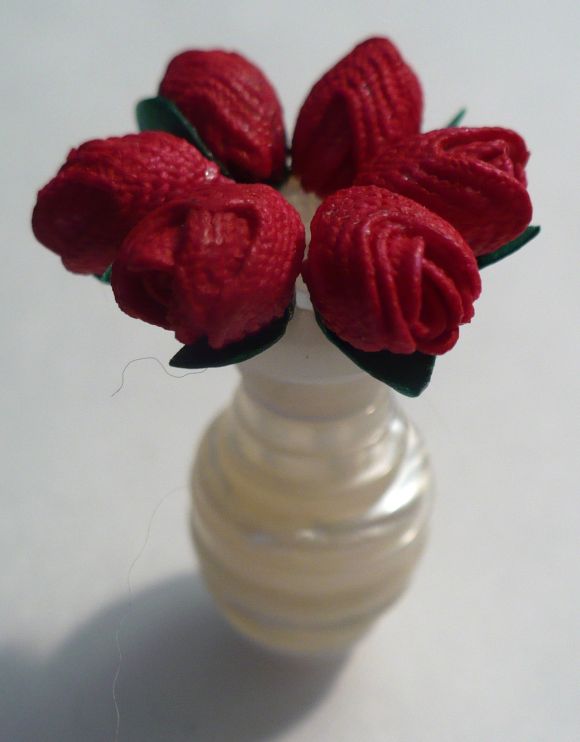 Glue six roses in a circle around the edge of the top  button.  After the glue is dry, make a second circle on top of the first with five roses; place the final rose in the top of the bouquet.

Paint the roses and leaves with several coats of Mod Podge to make them more durable.  I’ve dropped mine on hardwood floors about a dozen times and it’s none the worse for wear, so they should hold up well when played with! 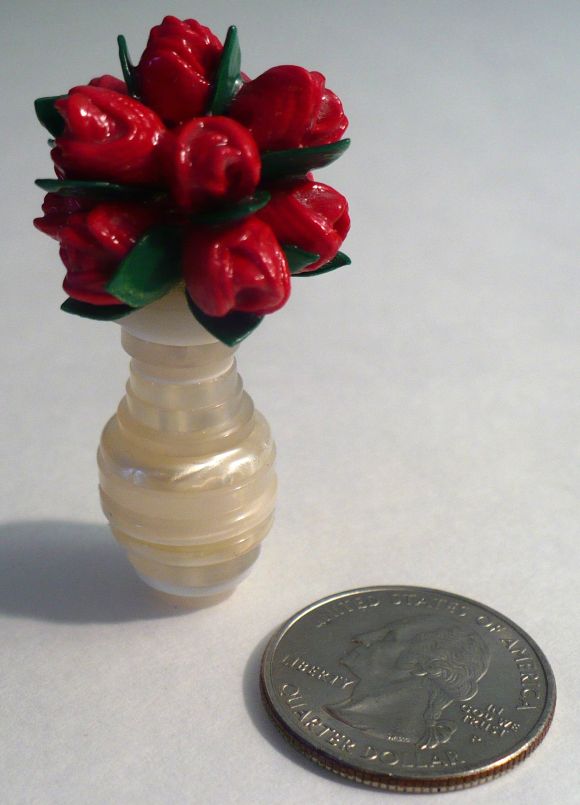 I still can’t believe how tiny the whole thing is! 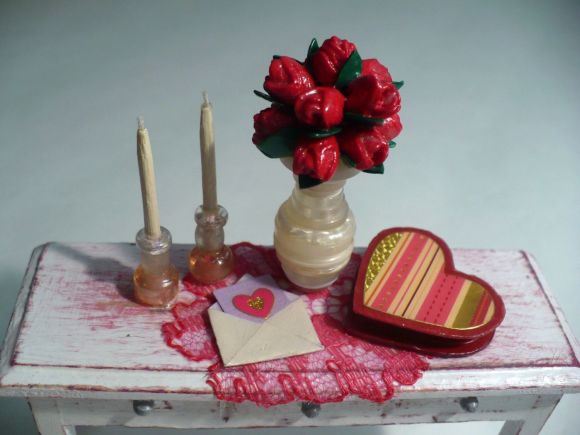