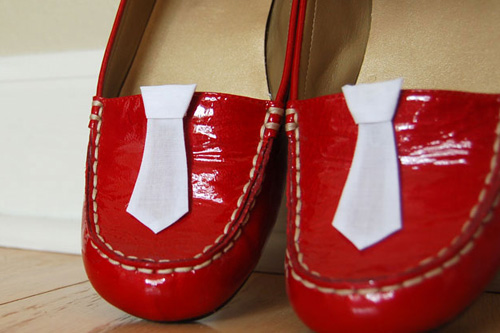 I now dub that neckties are the new mustaches in crafts! I am super-in-love with these little DIY shoe clips that look like mini neckties. The genius behind these shoe adornments (and many other clever shoe crafts) is Sara from Craft Snob. Thanks to Sara’s project, I want to put little ties on everything now! I also think these would be amazing if made from recycled ties. Oh, and check out her clever cheap trick for making the shoe clips. No fancy-schmancy supplies needed. [how to make necktie shoe clips]