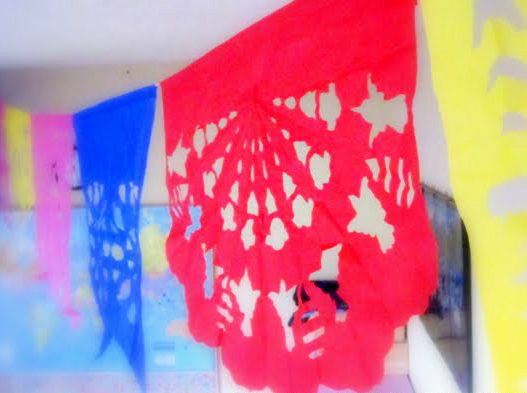 While you’re waiting for the weather to warm up, forget cutting snowflakes–take some brightly-colored tissue paper and cut papel picado, traditional Mexican cut paper art instead. Once your flags are cut, string them on string for cheerful decorations that will bring you into spring! Keep them up for Cinco de Mayo. Amida at Journey Into Unschooling has instructions for many different papel picado designs. [find out how to make papel picado]