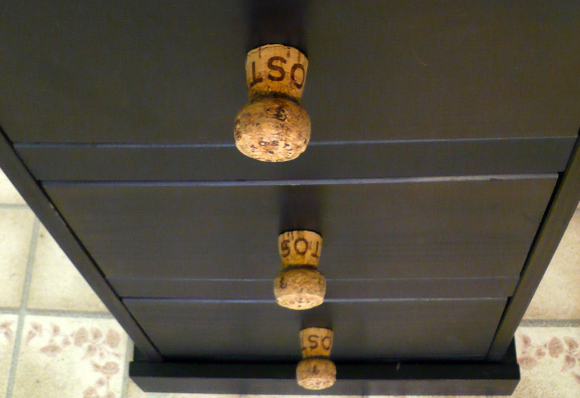 A few years ago I bought some cute drawers to use as extra storage in my living room.  I chose them because I liked the style, but mostly because they were on clearance for $10.  Putting them together it was obvious why they were so cheap; upon assembly most of the holes didn’t line up properly, and a few holes weren’t there at all. 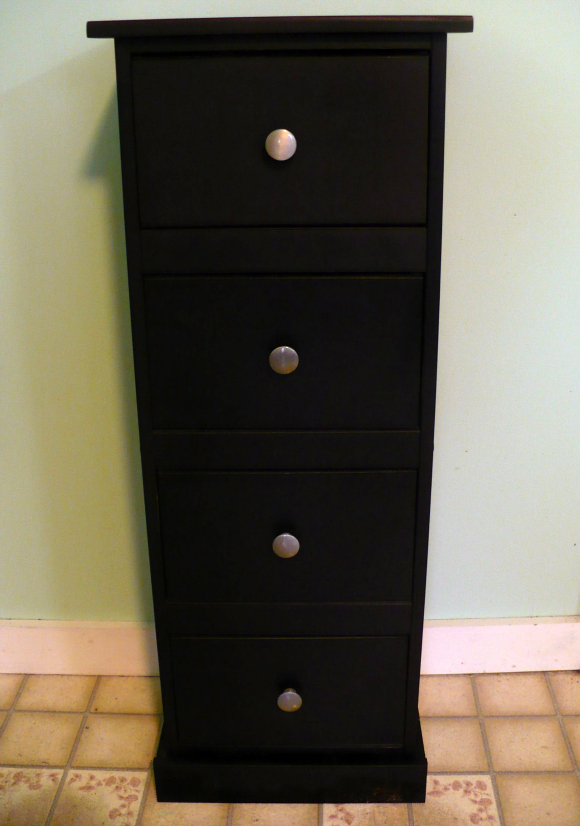 The drawers with their original hardware.

I recently decided that I wanted to change the knobs on the drawers to give them a more custom look.  However as you probably know drawer knobs are expensive; I can hardly justify spending as much on new knobs as I spent on the unit itself.  Instead, I decided to make my own knobs out of champagne corks! 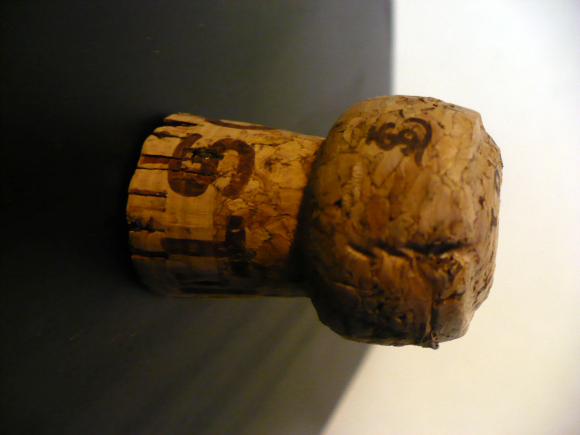 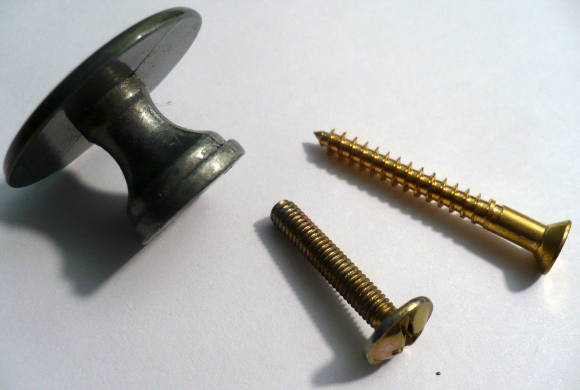 Start by removing the existing knobs.  The screws that come with your knobs will have flat tips and won’t work for this project.  Using one of the knob screws as a reference, find pointed screws that are the same diameter and at least as long as the original knob screws. 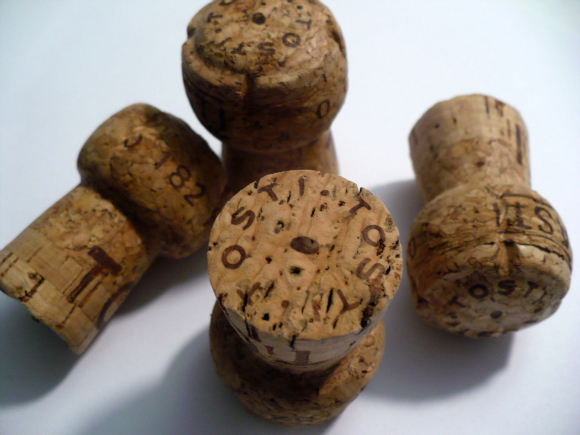 The corks I used had a dot printed on the bottom at the center.  If your corks don’t have these dots, mark the center of  each cork with a dot using a marker or pen. 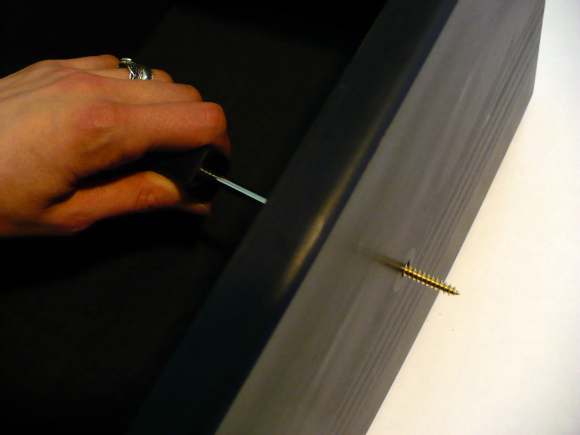 Insert a screw into the hole on the drawer so that the end protrudes from the front of the drawer.  Use a screwdriver to hold the screw in place and make sure it doesn’t spin. 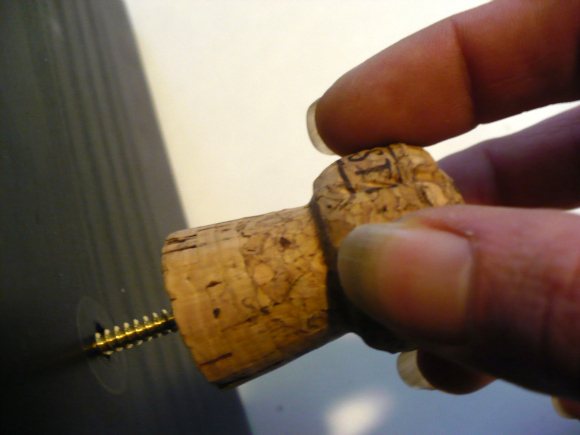 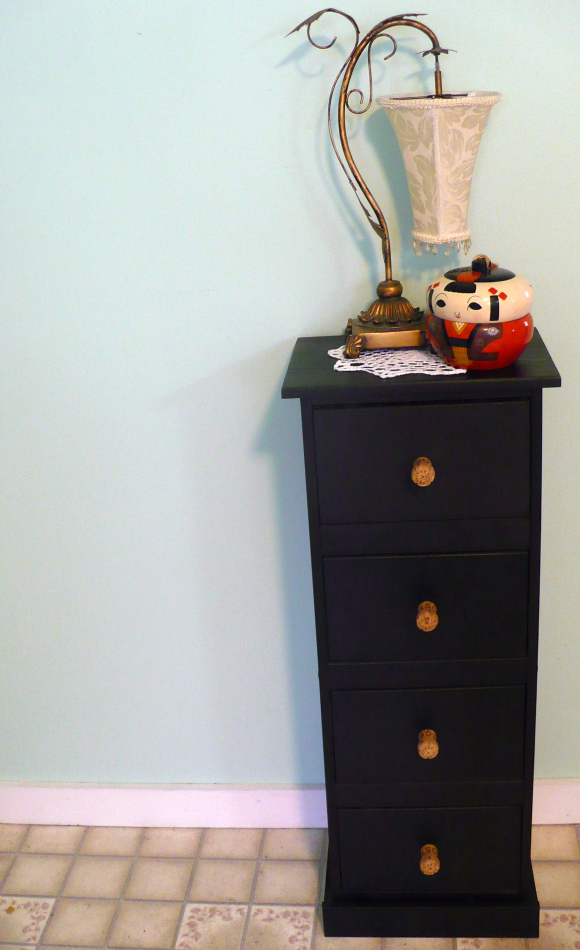 Repeat as needed until all of your drawers have new knobs! 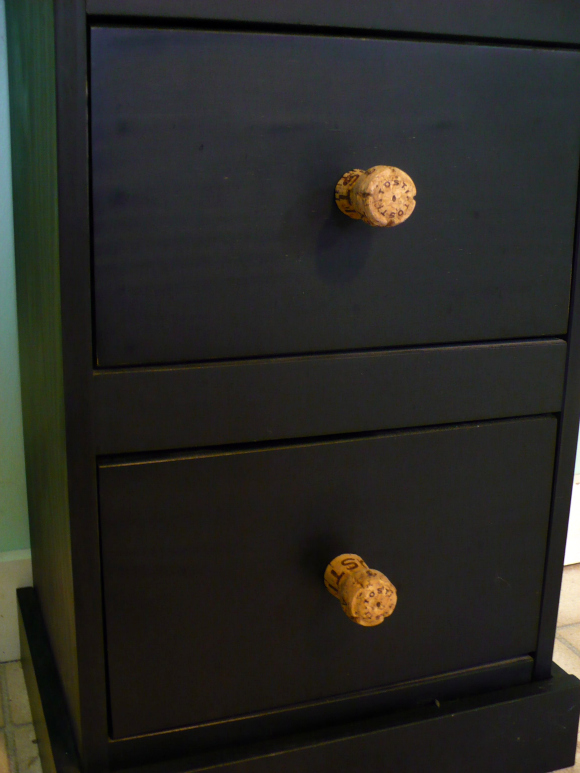