Each year, more than 4 million people come to New Orleans from around the world to be part of what is often billed as the “greatest free party on Earth” — Mardi Gras! Since we here at Dollar Store Crafts love any excuse to party, and to create fun, inexpensive crafts, here is a roundup of last-minute Mardi Gras craft and recipe ideas! 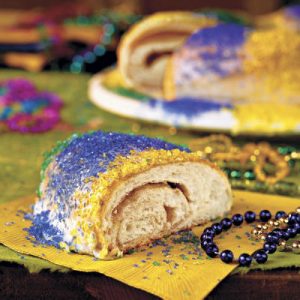 A Week of Mardi Gras by …from glitter to gumdrops

{Baking} Mardi Gras Gookies by Sweetopia by The Tomkat Studio

I (Shamrock) U Applique Pattern by SWAK Embroidery

What To Do With All Those Beads

Celebrate All Year With Mardi Gras Beads by Planet Pals