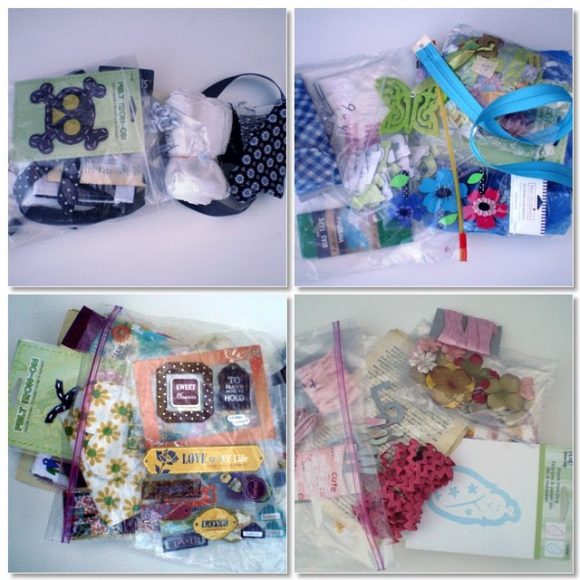 Well, all the super secret stashbusting packages have made it to their recipients, so we are proud to announce our full lineup of super secret stashbusters! I sent out ten packages (plus three, because I also sent one to designer Marisa Pawelko, DSC editor Rhonda, and DSC writer Melinda.) As a bonus, Melissa from Until Wednesday Calls sent out four packages (shown above) from her stash to some lucky Canadian applicants.

All the stashbusters have received their packages:

Bonus Canada Four (packages from Melissa at Until Wednesday Calls):

We’ll be updating with what all these creative participants make with their secret packages. Until then, thanks again to our sponsors Westcott Brand, Creative Hands, and Plaid.