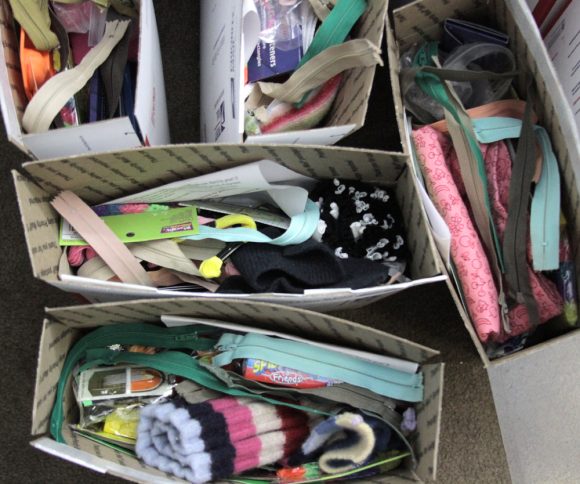 I sent out the ten super secret stashbusting packages on Friday. We had over 600 applications, and I only had ten boxes. Of course, I could never decide which of you to send to, so I had random.org do it for me! I won’t reveal where the packages went until the recipients notify me that they’ve received them, but I can give you a few hints. (Also, if you are REALLY curious, check out the Dollar Store Crafts Facebook page, where I’ve been teasing everyone all weekend with little bits of information!)

I sent one package to Canada, but my friend Melissa at Until Wednesday Calls put together four packages of stuff busted from her stash and sent them to four bonus Canadian applicants.

So far, these stashbusters have received packages and revealed their identities:

Bonus Canada Four (packages from Melissa at Until Wednesday Calls):

I will update this post as I hear from the other secret stashbusters!

What Was in the Packages?

You can get a bit of a peek at some of the packages in the photo at the top of the post. I opened one box and took a few pics of its contents, but all the boxes are different-ish, except for these craft supplies provided by our sponsors: 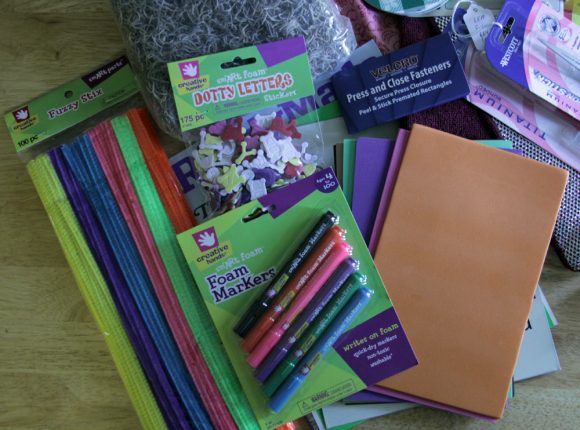 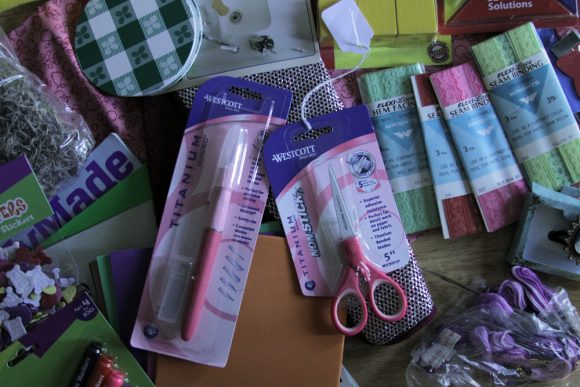 I included some very cool cutting supplies from Westcott: some non-stick 5″ Microtip stickers (won’t stick when you cut through tape and glue!), and a Titanium bonded craft knife with 5 assorted blades. 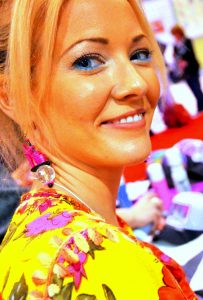 About Marisa: Marisa Pawelko is the winner of the CHA Indie Craft Contest and host of America’s Next Top Crafter™. Armed with a formal education in furniture design, Marisa used her talents to design products for the gift, toy, fashion and accessories markets before turning her focus to the craft industry. In 2005, sparked with an idea to create a recycled baby memento-keeper out of one of her son’s baby food jars, she founded Modern Surrealist LLC, which quickly developed an international following. Marisa enjoys inspiring crafters on her “Memoirs of a Modern Surrealist” blog with thrifty project ideas for “upcycling” ordinary objects, into extraordinary custom creations! Her work has been featured by PBS, HGTV, Illinois State Museum and in countless exhibitions and high end boutiques around the world.

Don’t forget to come back and check in to see what the super secret stashbusters received, and what they are making with their goodies! And if you don’t receive a box, don’t dispair. I am working on putting more of these fun secret packages together, so I’ll let you know when applications are open again.

Thanks for Dollar Store Crafting along with us!