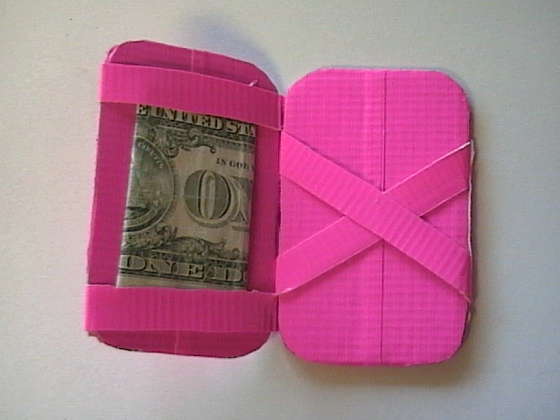 Here’s a twist on the traditional duct tape wallet: a magic wallet made out of duct tape! Magic wallets work like those old jacob’s ladder toys: the criss-cross starts on one side of the wallet, but when you open it up on the other side, the criss-cross switches to the other side. With duct tape and cardboard, you can make one for pennies. Could be a good gift for Father’s Day! [magic duct tape wallet by doctor what]

I also like this version of the wallet (by Instructables user qwerty987), which is a combination iPod case and magic wallet. I so need one of these! 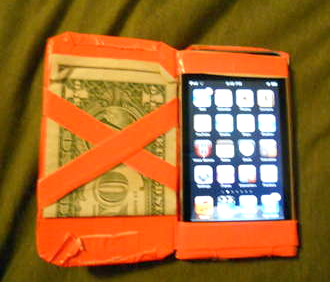