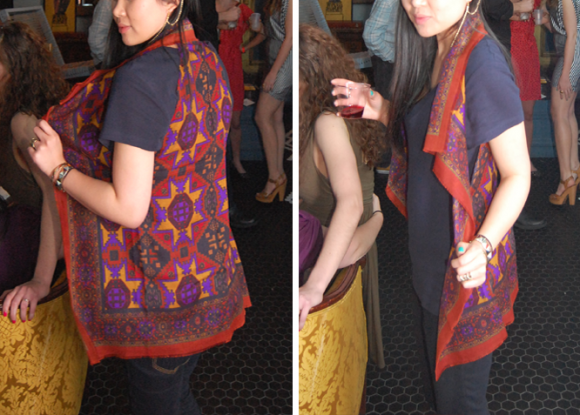 DSC contributor Kirsten is an awesome fashion DIYer, and over at her blog Studs and Pearls, she shares how to make a quick vest out of a large square scarf in just about 30 seconds. The best thing about this DIY is that you can also continue to use the scarf even after it’s been altered into a vest. This would be a great piece to add to your Project 333 wardrobe! [how to make a scarf into a vest]