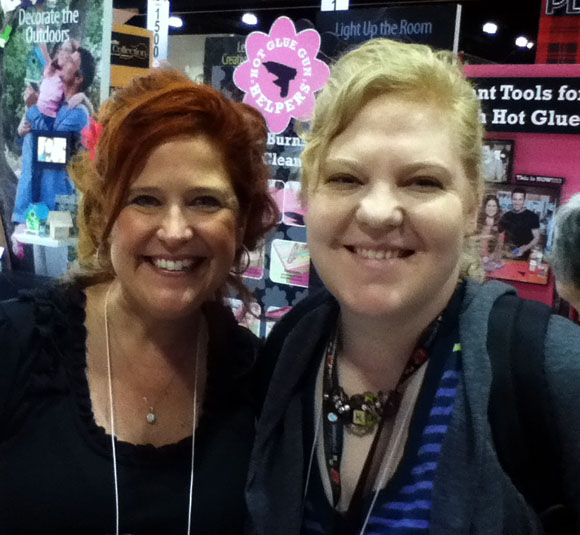 Thank you for participating in the Hot Glue Gun Helper giveaway! If you aren’t the lucky winner, I hope you will rush over to the Hot Glue Gun Helper Etsy shop and snatch up a few for yourself and your glue-gunning friends! This is a picture of me with Cathie, one of the inventors of HGGH. She is one of the nicest professional crafters I have ever met! I’m looking forward to seeing her again at CHA in July.

And the winner is…