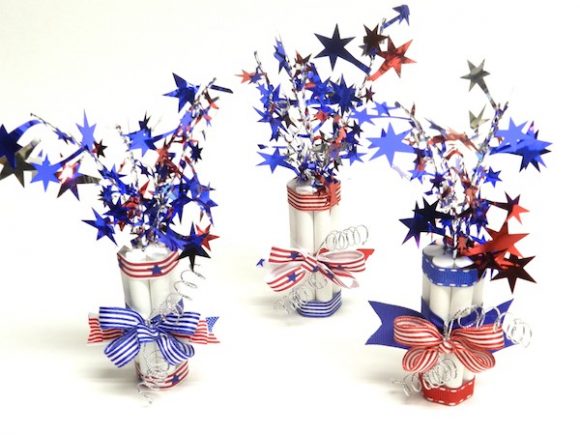 Summer sneaked up on me this year! I’m not going to let the 4th of July do the same without a little planning. How about these adorable chalk favors by Sarah at the Bowdabra Blog? Such a simple, cute, and unique idea, and who doesn’t love chalk? Kids can use it to draw on the sidewalk, or maybe you can provide them with another chalkboard surface to write on. Sarah says you can make 14 favors for just $2! [how to make a chalk firecracker favor]