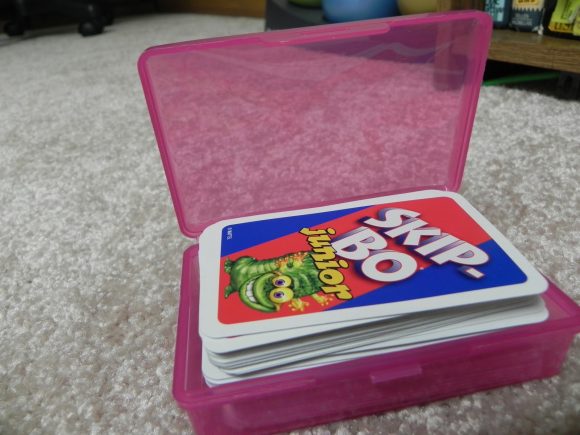 One of the least pleasing things about being a parent of small boys is the fact that anything that can be destroyed, will be. Cardboard containers are the first to go. I love this smart organization tip from Shady Tree Diary: use plastic soap travel containers to corral small things like playing cards and crayons. Such a brilliant, but useful tip — soap containers are so much more sturdy than cardboard sleeves. See what else Deanna puts in these little containers over at her site: [how to use soap box organizers] [pin]