Want to dress up your laptop for just a few cents? Go no further than your local dollar store, where you can find oversized wall decals for one dollar. My friend Brian from Teenormous sent me this idea. The best thing about these decals (beside the low, low price)? They are removable so you don’t have to worry about leaving sticker residue on your computer.

They’re called Main Street Wall Creations and most of them are girly, but there are robots which work well for the guys: 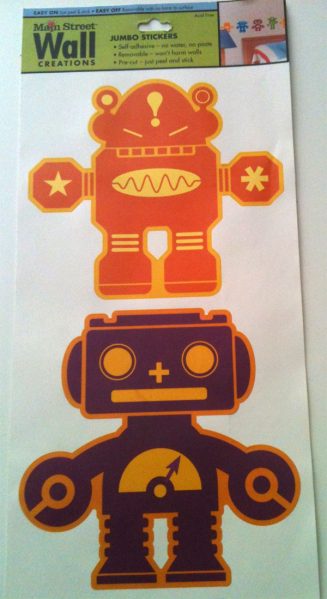 They are high quality and very well made and these make awesome laptop decorations.

If you don’t want to spend $20 on a laptop “skin” just use some of these. They are also made for walls so they remove fairly easily so you can change them up any time you want and not break the bank!

Thanks for the tip, Brian!