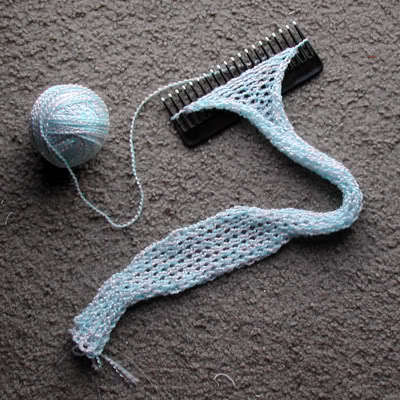 Want to knit but can’t get the hang of knitting needles? This is a neat trick: use an oversized comb as a knitting loom, which is a lot like finger knitting. Over at Cut Out + Keep, user Zydonia tells you how to do it. You can knit a scarf or other small project this way! [how to knit with a comb] [via]