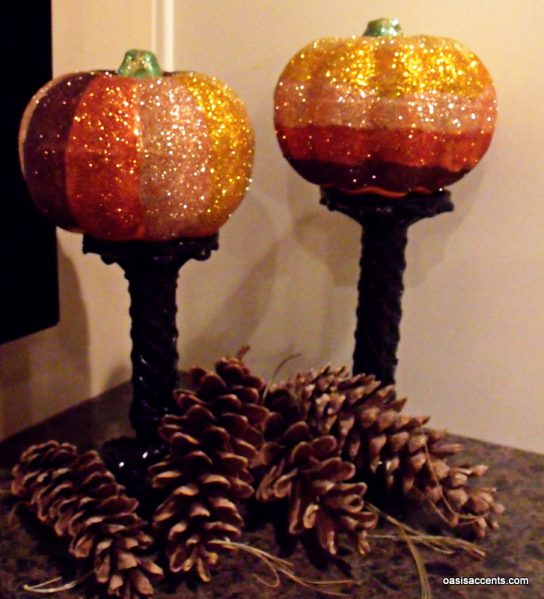 I have never been lucky enough to find those mythical packages of superfine glitter in graduated colors at the Dollar Tree, but I’ve heard they exist! Andrea from Oasis Accents was lucky enough to find them at her local store, and glitterized some pumpkins in the graduated color style of ombre.  The glitter definitely makes these dollar store pumpkin decorations special! [how to make ombre glitter pumpkins]