I was a geek before being a geek was cool.  (Now that I’ve typed that statement, I realize it’s somewhat paradoxical, I know.  Can you just let me pretend for the next few minutes that I am cool?)  I admit it, I have spent endless hours watching Star Trek (I prefer TNG), Stargate SG-1, and of course, Doctor Who.  The Doctor is rapidly gaining steam in modern pop culture!  If you, too, are a fan of arguably the best sci-fi show ever, here are some Who-themed Halloween crafts for you to check out! 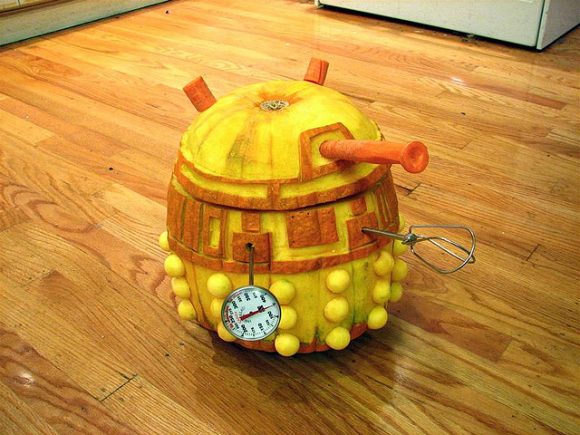 I’ve always loved clever pumpkin carving designs.  At Evil Mad Scientist you can find a step-by-step tutorial showing how to carve a pumpkin into a dalek!  It’s even on a motorized, remote controlled base and swiveling head.  Exterminate!  [how to make a robotic dalek pumpkin] 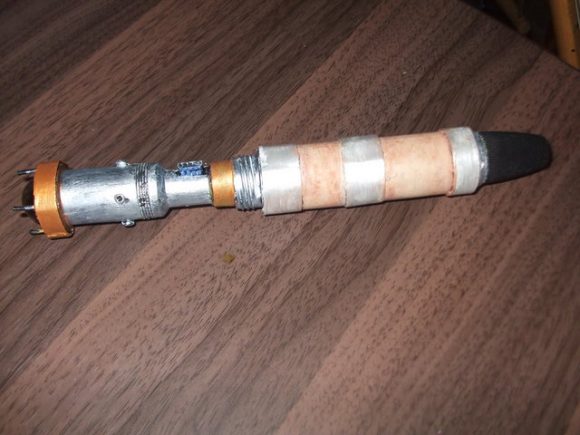 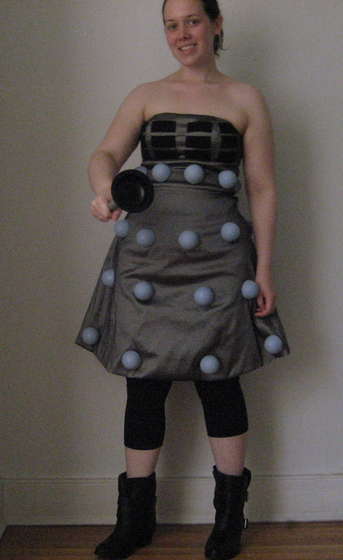 I love, love, LOVE this dalek dress by Instructables user Valentra.  It looks far less cubersome and time consuming than other dalek costumes I’ve seen while still maintaining the iconic elements that make it recognizable as the most evil thing ever.  [how to make a dalek dress] 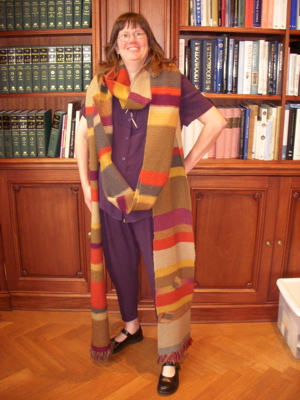 One of the most recognizable elements of any Doctor Who costume is the fourth doctor’s wide, stripey scarf.  Actually, the scarf has many incarnations, its pattern and colors changing from season to season and sometimes even episode to episode.  Witty Little  Knitter is a collection of charts for each different scarf, giving you a roadmap to knit or crochet your own.  [Doctor Who scarf charts] 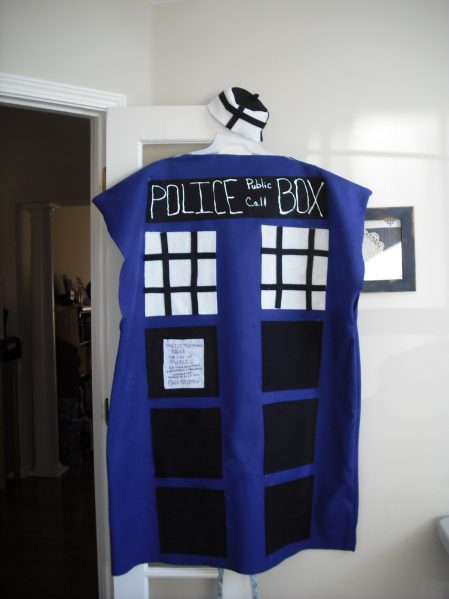 Are you looking for a costume that’s bigger on the inside?  At Southern Fried Northern Chic I came across a TARDIS costume complete with a hat for the light on top!  [how to make a TARDIS costume]