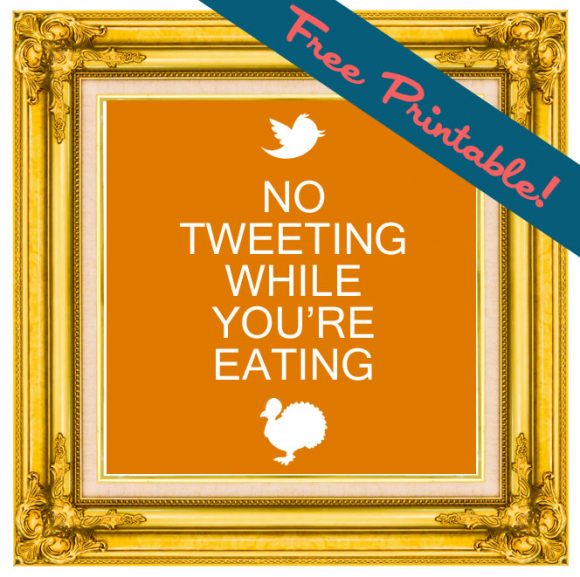 Are you a social media freak? Well, even if you’re not, chances are someone eating with you at Thanksgiving will be glued to their smartphone the whole time. Here’s a way to be tastefully passive-aggressive! A free 8×10 printable that says “No Tweeting While You’re Eating.” You can print it out, put it in one of your frames (or a frame from the dollar store), and oh-so-silently suggest to your guests that phones are not an acceptable side dish at the big meal! Download the image below!

And if you ARE a social media freak, you can follow me on Twitter (@dollarcraft) or Pinterest. Thanks to @sewcatsew from Sew Cat Sew who originally Tweeted this amusing saying!

Total: Free and up!

No Tweeting While Youre Eating Printable