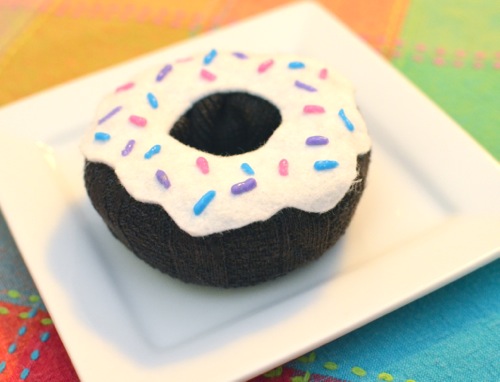 My two year-old son has a set “script” he has come up with when he pretends to talk on the phone. It goes, “Hello! Mommy! Donut!” He has a special place in his heart for donuts, and so do I, which is why I wanted to share this clever pretend donut from Frugal Family Fun. It’s made from a pair of dollar store socks, and is no-sew. It will take you just a minute or two to make! Your kids will get a kick out of helping you make these, and then playing with them! Time to make the donuts. [how to make a donut softie] [Thanks, Kmom14 for the tip!]