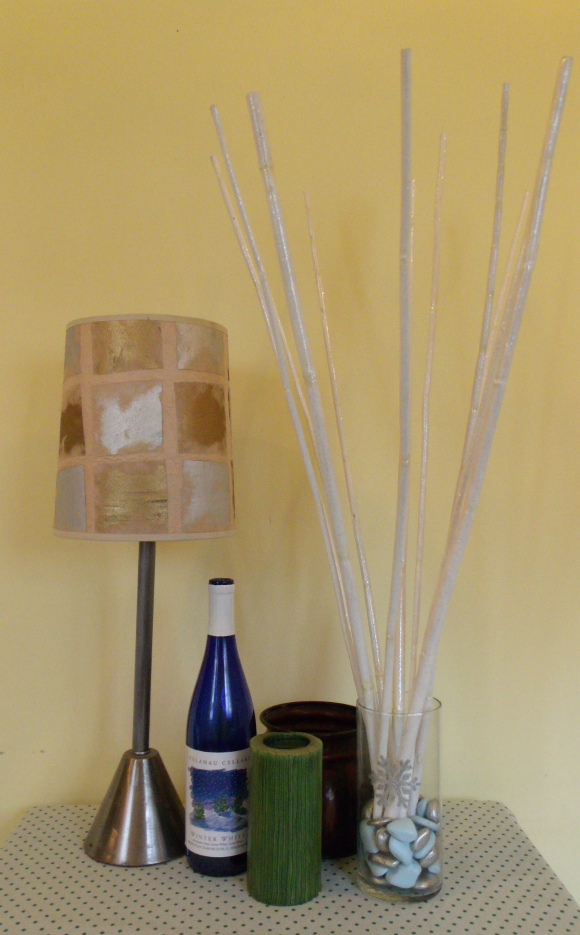 When it comes to Christmas, I like to decorate in blues and silver rather than red and green.  This is partly because I think the colors are prettier, and partly because I can also call them winter decorations and not feel bad if I don’t take them down  until Valentine’s Day.  (They’re so much more fun to put up than they are to put away!)  For a long time I’ve been wanting to do something with the long stalks of bamboo they have in the floral department at Dollar Tree, and inspired by the oncoming snowy weather, I made a bouquet of bamboo that has a very wintery feel.

The snowflake stencil I used in from Martha Stewart’s Holiday Icons stencil set.  The paint colors I used for this project are Martha Stewart Craft Paints in Wedding Cake, Summer Haze, and Sterling.  I also used Martha’s Glitter Finish.  Check out the full line of Martha Stewart paints and supplies at Plaid Crafts.

The number of bamboo pieces you will need for your bouquet depends on how many will fit in your vase.  I would recommend a vase that holds at least a dozen stalks for the best results. 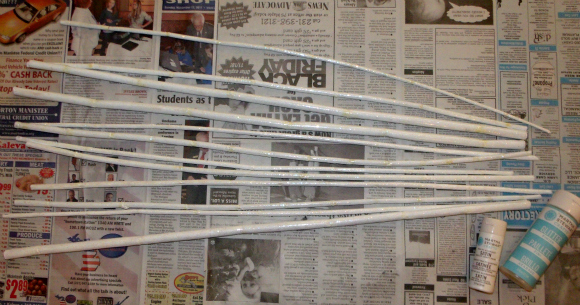 Paint the bamboo white.  I used 2 coats of Wedding Cake, then decided I also wanted them to have a snowy  sparkle, so I added 4 coats of Glitter Finish on them.  I’m totally in love with this glittery stuff!  Tip:  I found I had the best results when I placed the bamboo across wire baking racks to dry rather than on a flat surface. 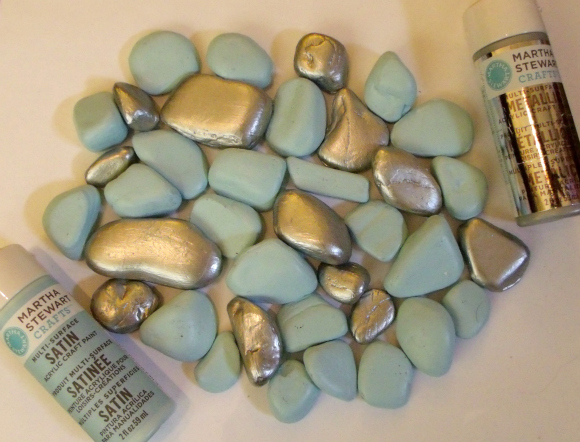 Paint the rocks that will weight the bottom of the vase.  I painted most of my rocks a gorgeous light blue shade called Summer Haze, and about 1/3 of them a metallic silver (Sterling).  Tip:  Make sure you let the paint on one side of the rock dry completely before you flip it over, or the partially-cured paint will stick to your work surface and little bits may pull off of the rocks. 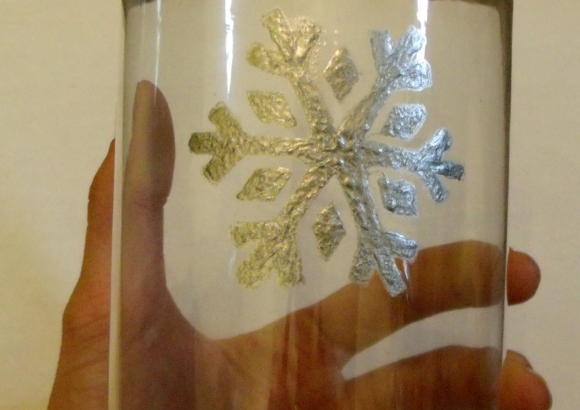 Stencil a snowflake onto the vase.  I wanted my snowflake to have a handpainted look, so I stenciled it lightly first, then peeled off the stencil and went back over the design with a paintbrush.  I used a thick coat of silver to give it an embossed look. 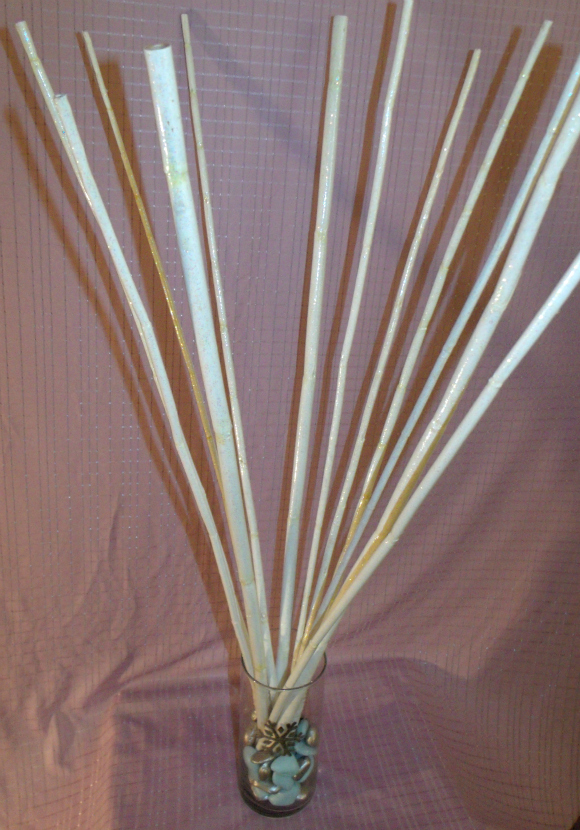 Once all of the paint is dry, you just put it all together!  First, put a layer of rocks at the bottom of the vase, then put the bamboo in the center of the vase.  Add more rocks around the outside edge until the base of the bamboo is covered.  Don’t add too many rocks though; there should be enough space left in the vase that the bamboo can spread out at the top, and too many rocks will make the bamboo all stand straight up in one clump.

If you enjoyed this project, check out these other great holiday tutorials using Martha Stewart Craft Paints and supplies!

Disclosure:  This is a sponsored post. Paint and painting supplies for this project were provided by  Plaid Crafts.