Two years ago, I collaborated with Cathe Holden of Just Something I Made to design a printable tea towel calendar. She provided the printable, and I designed the project and wrote the tutorial. I loved the design, and I have had some requests for a 2012 version, so I updated the calendar part so we could use it again. This is a simple project idea, great for hostess gifts, teacher gifts, and gifts for friends, neighbors, mothers, or anyone else who would appreciate a pretty folk art-inspired tea towel calendar. [For instructions on how to make the calendar, check this post: How to Make a Tea Towel Calendar]

See below for the free printable downloads! 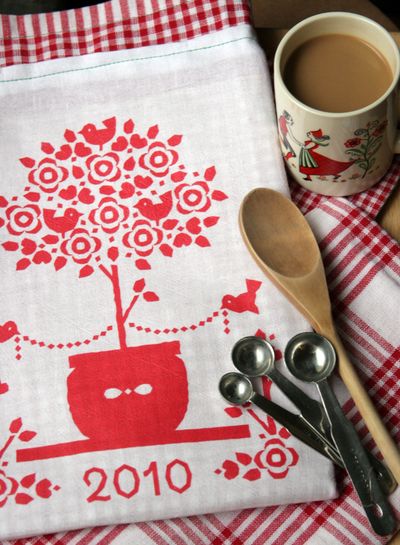 For instructions on how to make the calendar, check this post: How to Make a Tea Towel Calendar

For tons of inspiration, check out Cathe Holden’s site: Just Something I Made