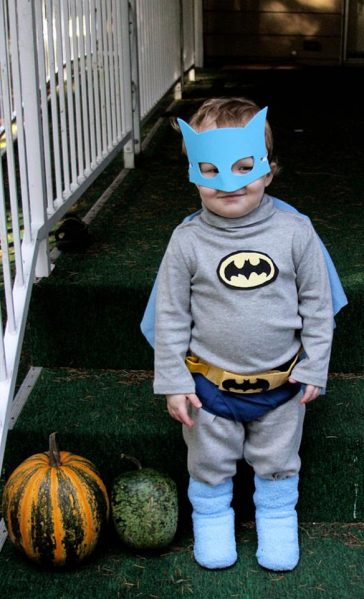 I only made one costume for Halloween this year: a 60s-era Batman costume for my two year-old, who identifies anyone with a cape as “Batman.” I wanted to go with the blue and gray Batman because it’s a softer color scheme for a two year-old, and the Adam West Batman seems a lot more age appropriate for a toddler than the more recent versions. I used some readymade clothes and some dollar store finds to construct this costume with a minimum of effort. The key to a successful Halloween costume is to create the illusion of the costume without stressing about details, thus, I kept it really simple and didn’t do any finishing details (such as sewing!)

Our costume cost was $13 total because we bought the clothes, the dollar store baby blanket, and the socks. You might already have the shirt and pants on hand. Although I spent $13 making this costume, I am happy with it because my son can continue to wear the shirt and pants, and I can wear the fuzzy blue socks!

How I made the dollar store Batman costume: 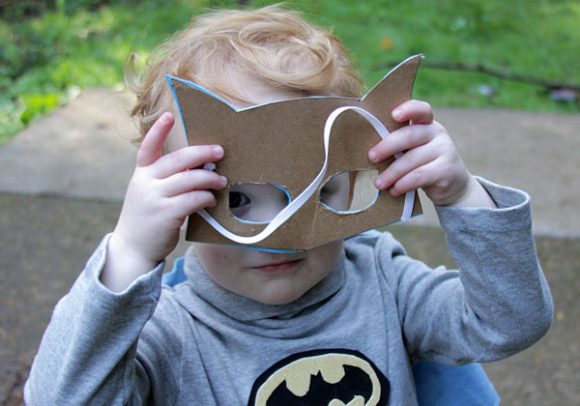