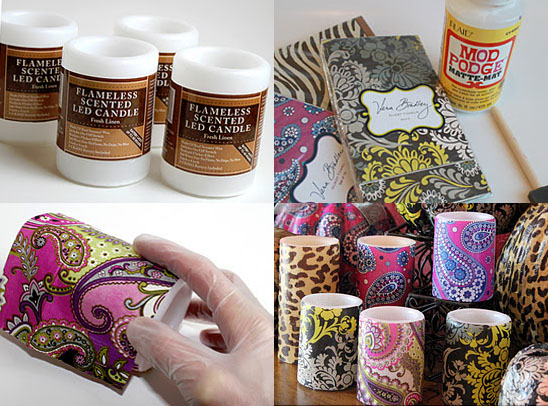 Dress up your plain battery-operated candles with a pretty designer treatment. Over at Crafting Rebellion, The Rebel Crafter decoupaged some pretty Vera Bradley paper napkins to inexpensive dollar store candles – and these candles are flameless, so you can use them forever. [how to make designer decoupaged candles]

As of the writing of this post, paper napkins at Vera Bradley are less than $5 a package, which will make at least 20 candles! This would be a great bridal shower favor. Of course, you can scour the paper goods section at your local dollar store (or even Target), and find cool napkins for $1 and up.