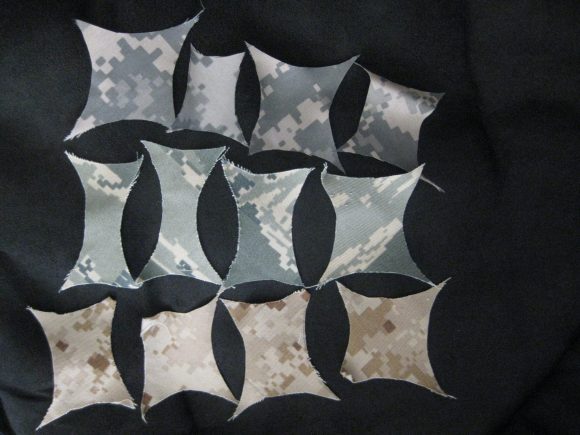 I just hate throwing fabric scraps away, don’t you? And paper scraps, and ribbon scraps, and… you get the idea. Reader Erin asked on the DSC Facebook Page:

What can I do with scraps of fabric?! I despise wasting anything so when I cut out circles for hair flowers I end up with square like pieces of scraps and I just..can’t..throw.. them..away…..lol. but it’s becoming a pile so I need an idea. I primarily use military fabrics for the hair flowers so I’d like to find something somewhat military related to use the scraps for, maybe some kind of memory keeper. 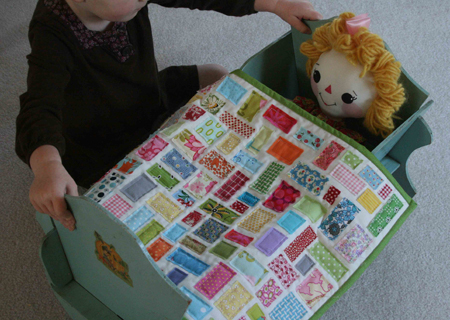 My favorite use of fabric scraps is a Ticker Tape Quilt! They are so cute! I’m sure the odd shapes of fabric would be trickier to sew around, though. So, readers, I turn it over to you:

What would you do with these scraps?