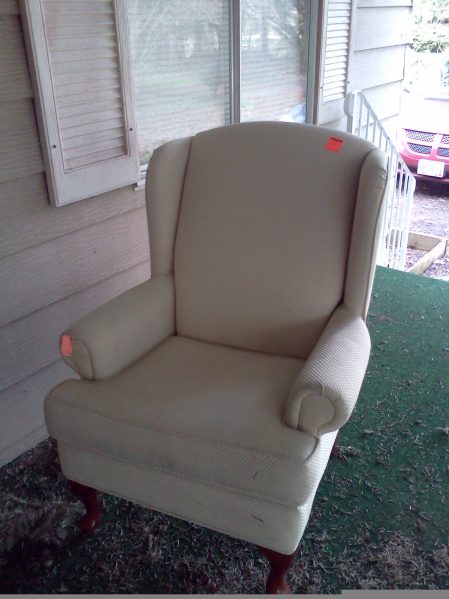 This week, I found this wingback chair at my local Teen Challenge Thrift Store, and they were having a 50% off sale! I got it for $24.99, which I was happy with, because the chair is in very good condition. There is just a little bit of discoloration on the bumper of the cushion (the dark spots on the right of the chair aren’t even really spots – they are pine needles… we have a forest next to our house.) I have a few cans of upholstery spray paint in Caribbean Blue (bright turquoise!), so I am planning to spray paint the chair.

Help me decide how to remake my off-white wingback chair! I kind of want to go crazy with it, and not just paint it solid turquoise, although if I did, it might end up looking something like this: 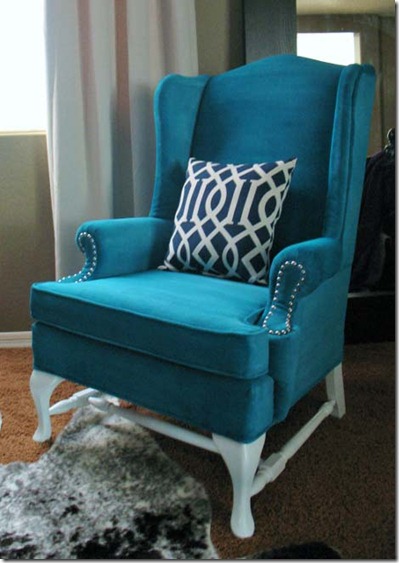 This photo is by Kristy Swain at Hyphen Interiors – she painted her chair solid turquoise with flat latex paint.

I did some rough mockups with some other ideas: 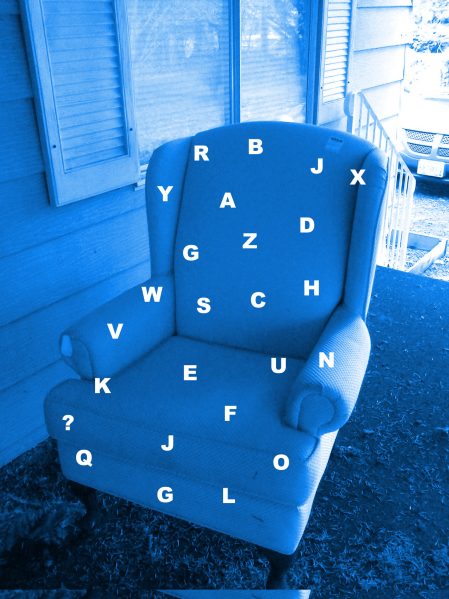 I have some vinyl alphabet stickers that are about 3″ letters. I could use them on this project – and stick them onto the chair before I paint it. Then, after I paint, I can remove the stickers, and original color of the chair will show through. 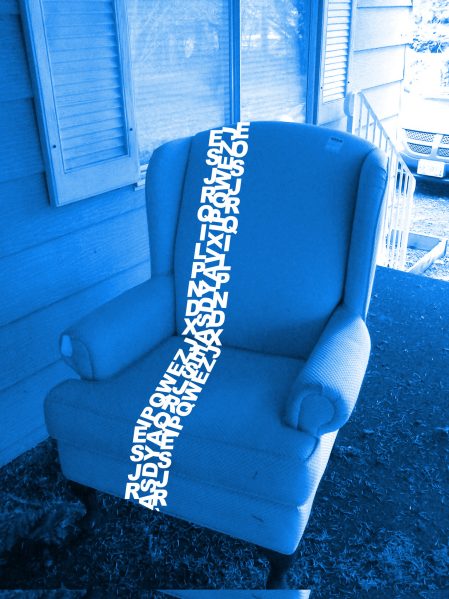 The random letters just don’t look intentional enough to me, so I thought maybe I could do a stripe of letters that would give more impact, but still use the alphabet idea. I used random letters in this mockup, but some of my readers on Facebook suggested making the letters say something. Other suggestions included putting letters around the bottom of the chair instead (could be cool), or using a more flowery/curly font. 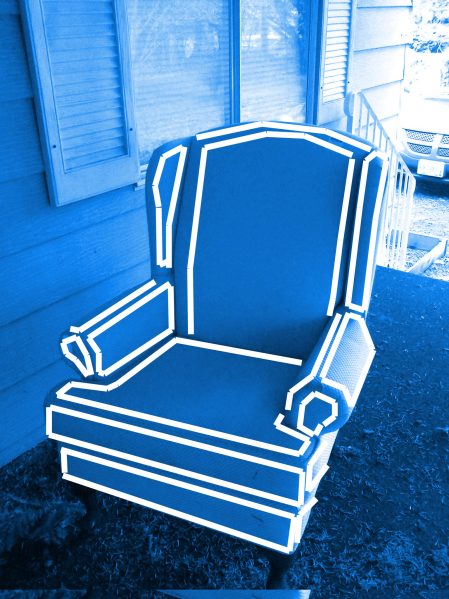 I could employ masking tape instead of letter stickers to make some pinstripes on the chair. I have to admit (and several Facebook fans agreed), that in this mockup, the chair looks rather Tron-like! Others were reminded of Blue’s Clues furniture. As for me, I was hoping it would end up looking more like my Blueprint Filing Cabinet For $5. 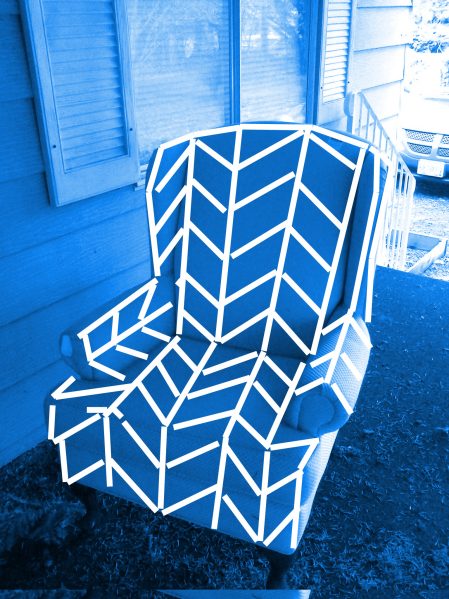 I mocked up this herringbone pattern, but in the mockup, it looks way too busy. And, I think it would be hard to get the herringbone to look right on the arms and the wings of the chair. 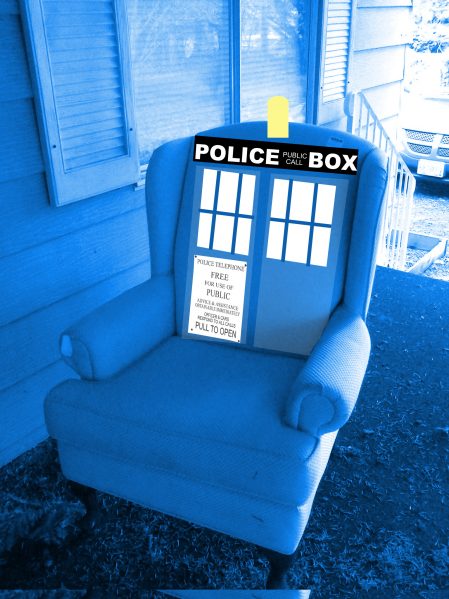 Fans of Doctor Who will probably get this chair immediately, while everyone else will think I’m crazy. I made this mockup just because the idea amused me, and many of the fans on Facebook actually liked it the most. There are a few problems with this idea, though. One, my paint is turquoise, so it isn’t the right shade to be the Tardis. And two, I’m quite the geek, but I don’t know if I am confident enough to put an extremely geeky item in my home that proclaims it so loud and proud. And three, I’d have to figure out how to put the lettering on. And I’m lazy.

So, what do YOU think I should do? One of these ideas, or something completely different?

p.s. I asked this question over at the Coffee Talk community, too! Check out what my fellow community members think!