This post brought to you by VTechKids. All opinions are 100% mine. 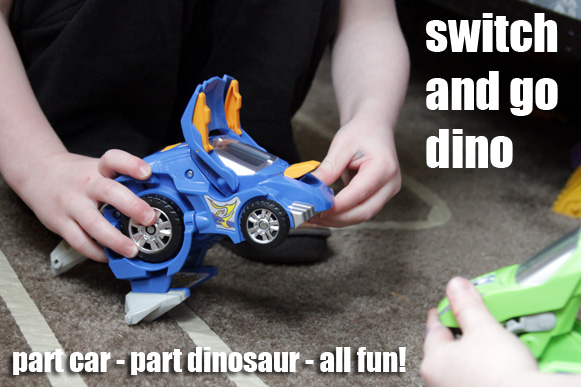 I have three little boys, aged 2, 4, and 5, which means we are BUSY! Even when we’re stuck at home. Parents of three boys know that having three of them is NOT like any other combination of kids. It is a whole lotta boy! You can probably guess how immersed in little boy fun I am. When my first son started talking, I quickly learned about all kinds of vehicles and tractors. And of course I know my way around dinosaurs. That’s why I was happy to receive a fun new toy to review (with my kiddos) from Vtech: Switch & Go Dinos.

But first, let me share the crafty portion of this post–a quick and easy racetrack idea! I found an picture of a masking tape racetrack, and I knew I had to try it. 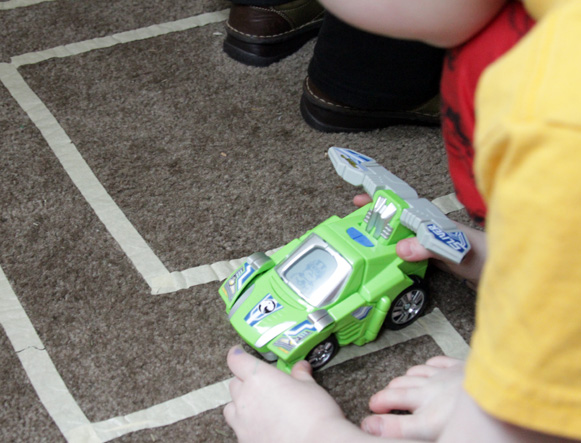 Just tape out lines on your floor using masking tape. You can create as simple or as complex a track as you want to. I added streets, parking spots, and rectangles that could stand in for “buildings” or other destinations. There’s no wrong way to do it!

We have used our track with small cars, large tractors, train tracks, and now the Switch & Go Dinos. 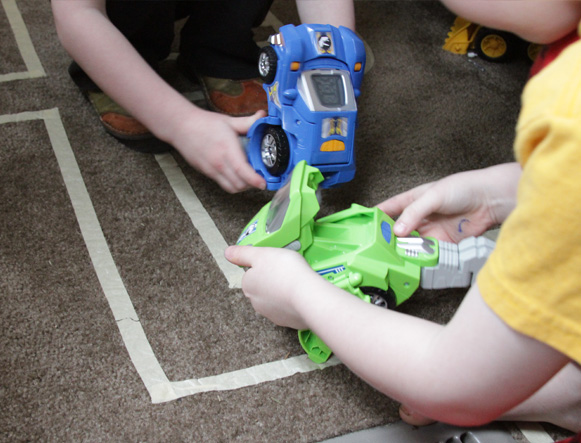 The reason I decided to review these toys is because my boys are huge fans of vehicles AND dinosaurs (one of my 5 year-old’s favorite books is called DinoTrux by Chris Gall). We were all excited to test out these toys, that combine the two PLUS a morphing process. If you have boys, you know how much they love any toy that does multiple things and is capable of switching between them. I like it when a toy can do multiple things because it encourages creative play.

We got two Switch and & Go Dinos: Sliver, The T-Rex Dino and Horns, The Triceratops. My oldest son (who is almost 6), was able to switch them from dinosaur to car and back to dinosaur with no coaching. My middle son (who is 4), figured out most of the mechanisms, and after I demonstrated the rest, he was able to repeat them with no help. My youngest (who is 2-1/2), could play with the car or dinosaur in either state, and could do some switching, but needed a little help to completely switch them.

Here’s a little animation of the tail switching into a spoiler.

The toys have an LCD screen that switches from dinosaur eyes (a few different styles) to the windshield of the racecar with a driver inside. There is a button that makes sound effects and says interesting facts about each dinosaur as they come to life, exclaiming up to 30 expressions.

I made a video with my boys demo-ing the toys (and playing with them):

I just had my 4 year-old show me how these work as I was typing up this review, and he is much quicker at it now that he has been playing with them for a day or two.

I was pleased with these toys because they were a good fit for all three of my boys. Each boy was able to play with and have fun with these toys, and they played with them constantly for hours as soon as they got them out of the package. The price is reasonable for these toys (suggested retail price of $15.99), especially because they have such a range of play. The quality seems to be very good, and the design and engineering of the toy seems to be well-thought-out. There was no frustration on my boys’ part when they switched the dinosaurs.

There isn’t really much to complain about, although I will say that toys that can make noise aren’t always a parent favorite as sounds can get repetitive and annoying. The good thing is that there is a volume button! The sounds are pretty pleasant, and I haven’t had a problem with the sound yet. Also, the T-Rex’s name is “Sliver” which doesn’t really come out clearly when he says it. My boys called him “Flivver.” 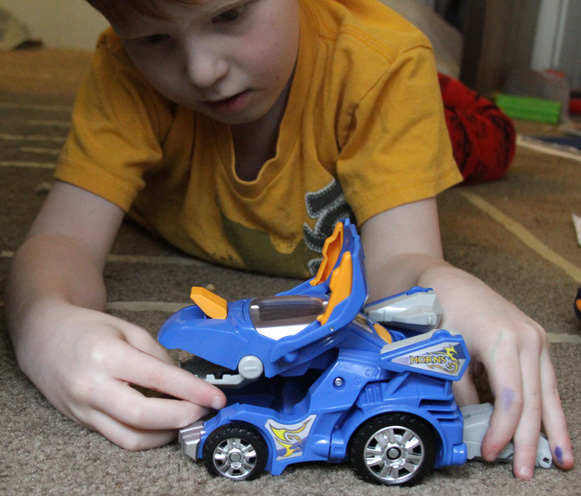 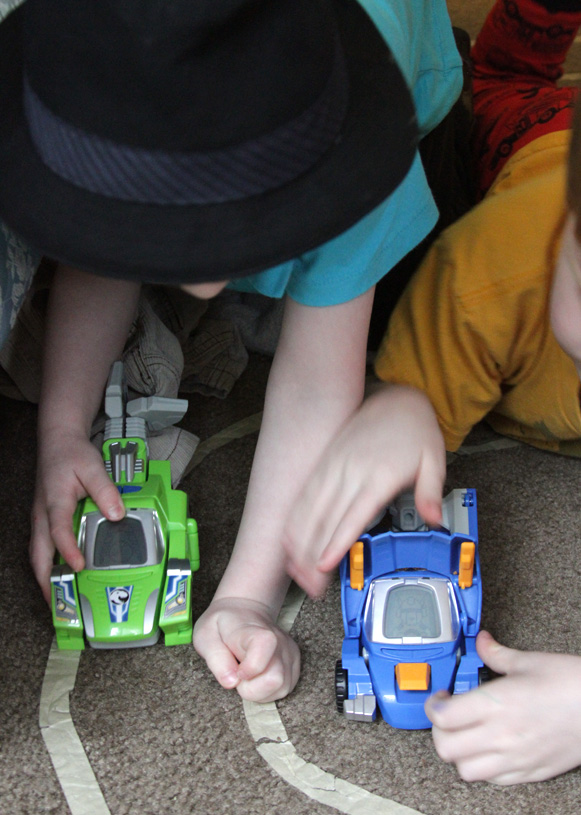 How to Buy Them:

What do you think of this product? Would you buy it for your kids, nieces and nephews, or grandkids?