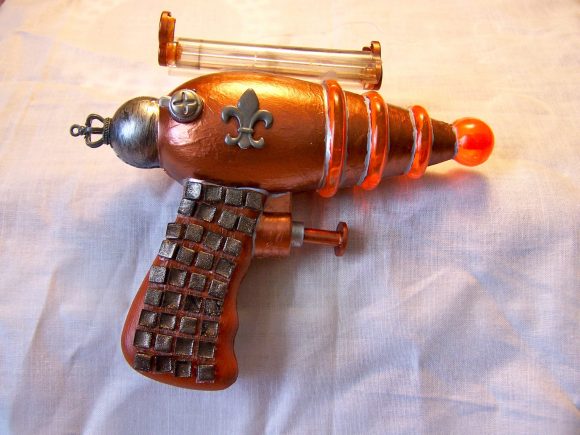 We’re self-admitted sci fi geeks around here, so the steampunk look is high on our list of cool craft styles.  DSC reader Matt from Random Acts of Coffee is a steampunk fan too, so when he found some curvacious squirt guns at the dollar store he decided to have a craft session with his son, transforming the cheap toys into unique works of art.  While he didn’t end up doing it, he also considered adding a light to the inside of the gun so that all of the parts that he didn’t cover with paint would light up orange.  Either way, we applaud this transformation!  [how to make a steampunk raygun]