I love those dollar store fake foam pumpkins, but what can you do with them? Facebook fan Christina S. has a question I think we’d all like to know the answer to: “I have a dollar tree foam pumpkin…what should i do with it–any ideas??” Well, Christina, I have four foam pumpkins, and I need to figure out what to do with them too! So many options! 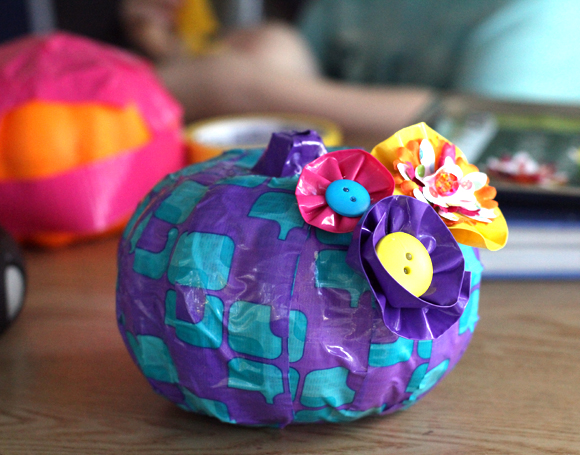 Well, I pretty much HAVE to mention the duct tape pumpkin I just made, right? Cover a pumpkin with duct tape, make a few flowers, and you’re done. 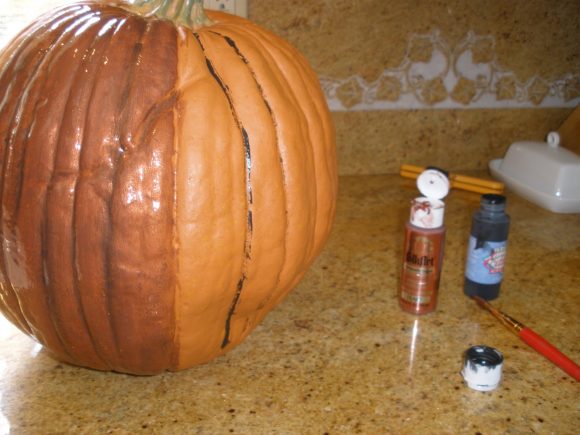 While looking at the country pumpkin above, I found this awesome tutorial also by Viv, on how to paint a fake foam pumpkin to make it look more realistic. This is great! Everyone wants a realistic fake pumpkin. 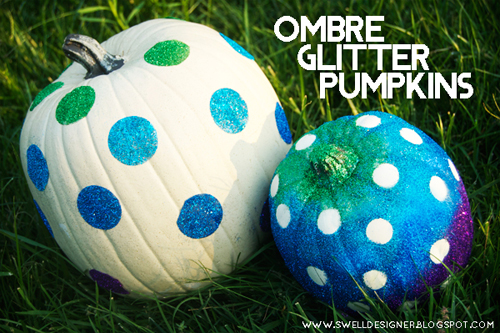 These are so pretty! My good friend Alexa over at The Swell Life is the queen of Halloween crafting, and she’s been posting great pumpkin craft ideas all week. These ombre glitter pumpkins are so cute, and easy, too.

5. Mustache Pumpkins by The Swell Life 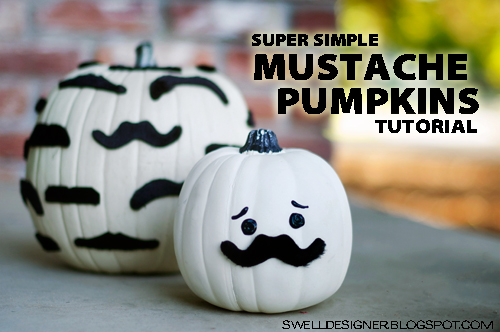 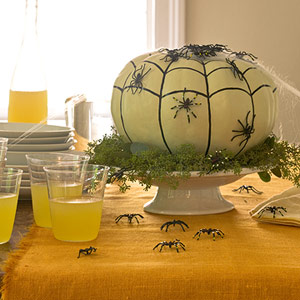 For this spooky spider pumpkin centerpiece, you need:

Great deal for a simple and elegant centerpiece with a tiny splash of creepy. 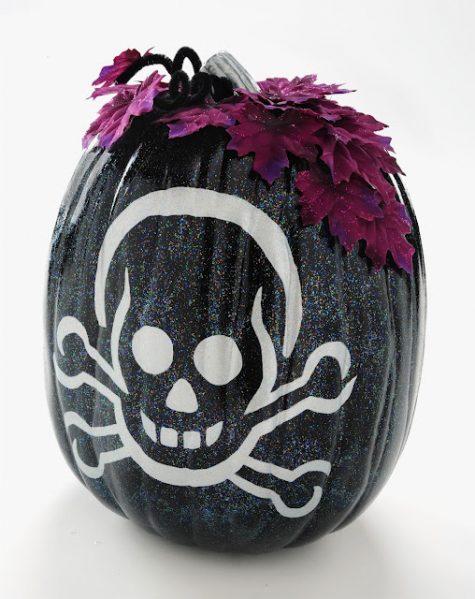 If humorous gothic is more your speed, how about this sparkle skull pumpkin from Amy at Mod Podge Rocks. The burgundy foliage adds just the right touch of macabre gloom.

I love this idea! Cross stitch on a pumpkin. Don’t say I never did anything for you! 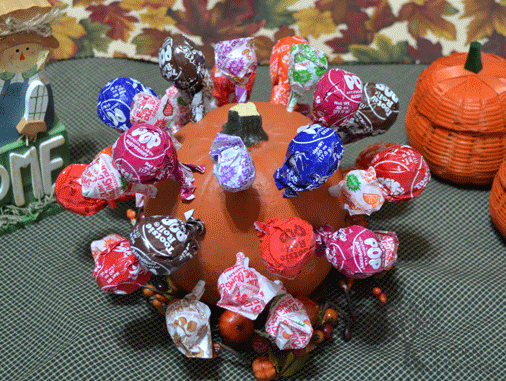 Here’s a cute idea for handing out suckers on Halloween: make a fake pumpkin lollipop holder. This is also a great carnival game (color a black dot on the bottom of the winning suckers – the person who pulls it wins an extra prize).

10. Sparkle Pumpkins by In These Small Moments 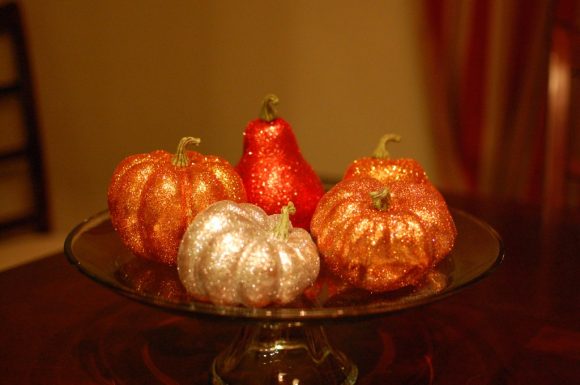 This gorgeous photo and these gorgeous sparkly pumpkins and gourds are by a blogger who claims she isn’t crafty at all. But LOOK HOW PRETTY!! If you are a beginning crafter, look what awesome pumpkins you can make with just some glitter and glue. Come to the crafty side… we have glitter!

11. Mod Podged Pumpkin by His and Hers 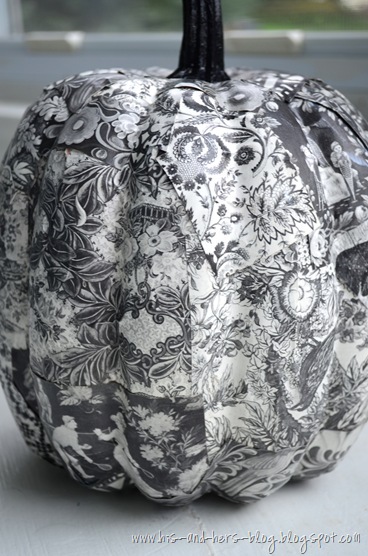 This pretty black and white pumpkin has a gothic romance vibe that comes from using pages of an art textbook. Simple project that just uses Mod Podge and paper. The best part? You can get any look you want by decoupaging paper to a pumpkin!

If you feel like getting a little more detailed with your fake pumpkin crafts, this terra cotta mosaic pumpkin is pretty cool! It will probably take several hours to complete, but the final look is pretty cool, and you can set it out on your patio year after year.

13. Sequin Pumpkin by The Rabens Family

Some dollar store pins and a pack of sequins – that’s all you need to decorate a fake pumpkin up in disco style. This sequined pumpkin seems like a relaxing craft to do while watching your favorite TV show.

14. Swarm of Bats Pumpkin by No Biggie

Simply place some cutouts on a pumpkin with a dab of glue or some straight pins to create this swarm of bats pumpkin by Kami at No Biggie.

15. Subway Art Pumpkin by Alexa for Tatertots and Jello

Have I missed any cool pumpkin decorating ideas? Give us a comment and a link!