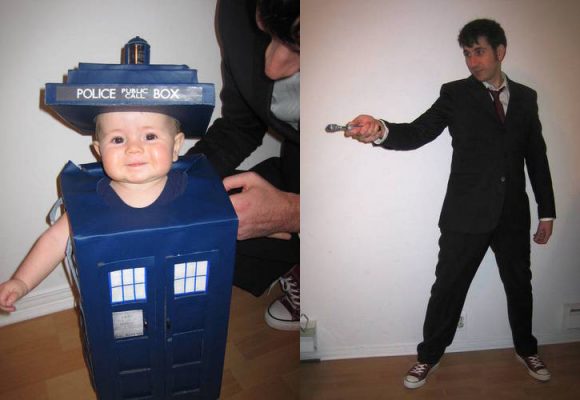 I might have squealed when I saw this Dad & Daughter Doctor Who couples costume – with a six month old baby dressed as the TARDIS and the dad doing a very convincing David Tennant 10th Doctor. The TARDIS is baby-comfortable, made out of foam and vinyl. Awesome costume by Craftster user sabrinalouisemiller. [dad and daughter doctor who]

No, it’s not particularly dollar store, but it IS crafty. I’m playing the “it’s my site and I am entitled to post random stuff I like from time to time!” card.