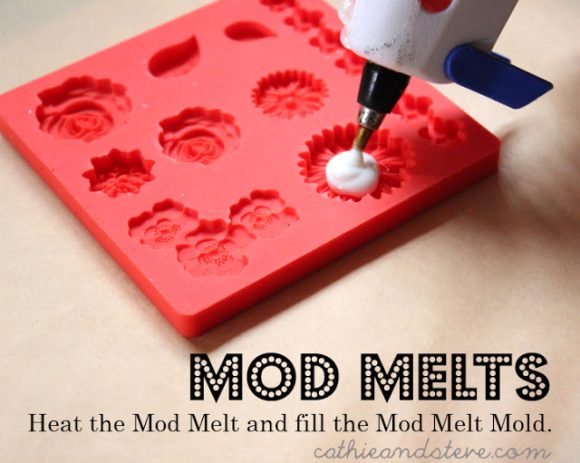 I was at the Craft & Hobby Association Winter 2013 trade show last week, and I saw all the latest and greatest new products that we have to look forward to this year. One of my favorites was the new Mod Melts from Mod Podge, a product invented by supercrafters Cathie Filian and Steve Piacenza. I got a video of how they work (see below), and I found out that they’ll be available in stores in July 2013. What are they? Well, they’re meltable plastic sticks that work in a hot glue gun. You melt and mold them into hard plastic resin-like doo dads that can be painted, stained, inked, Mod Podged, etc. So very cool! Find out more from Cathie & Steve: [Mod Melts for Mod Podge] 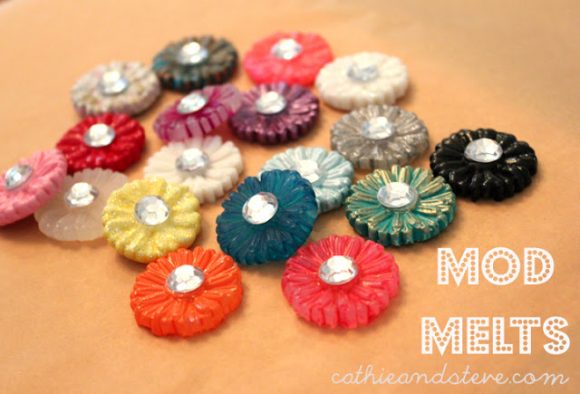 Here’s my video where Cathie & Steve show us how they work. Don’t forget to subscribe to my YouTube channel!