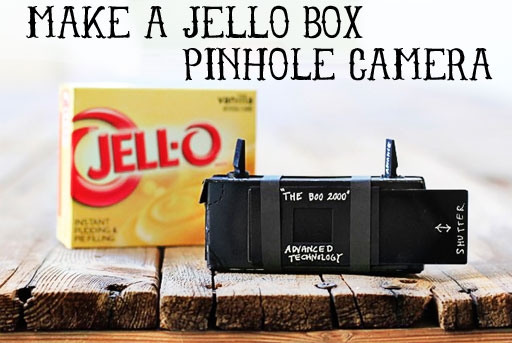 I remember my first “real” camera, and the excitement of getting a roll of film developed. While the art of film photography has taken a backseat to the digital age, there is something about doing it the old-fashioned way that no newfangled methods will ever be able to match. If your kids (or heck, even yourself) want to play around with film photography, you don’t need any expensive equipment. In fact, you don’t need to spend any money at all except for the cost of film and developing! Ashley from Lil Blue Boo made her daughter a pinhole camera constructed out of a recycled pudding box and a few other odds and ends she had laying around. It’s no Nikon, but it certainly gets the job done, and you don’t have to worry about it breaking in the hands of the kiddos! [how to make a Jello box pinhole camera]