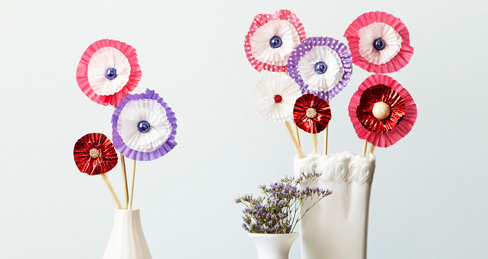 I have to admit, I collect cupcake liners, especially now that they sell them at the dollar store! I have an addiction that I can’t cure, and even though I make at least one batch of muffins a week, I can’t seem to use up all of my pretty cupcake liners. So what to do with them? Well, cupcake liners are already pretty, and come in many patterns. They are pre-punched into a circular shape, which makes them perfect for creating cupcake liner flowers! Over at Homemade Simple, I share how to make cupcake liners into flowers, including how to create cupcake liner roses, hydrangeas, and carnations! [cupcake liner flowers] 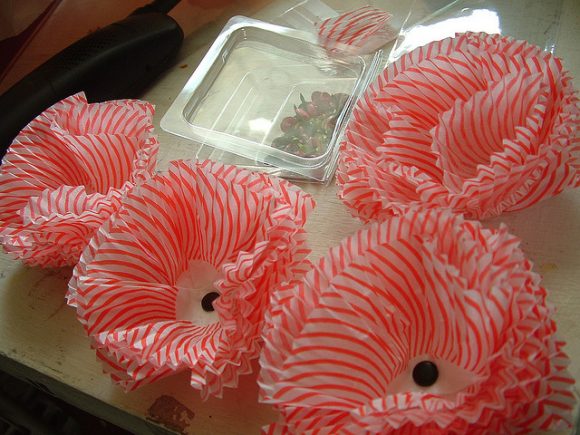