Easter is over, but the Peeps live on for weeks! If you’re like me, you have three full boxes of Peeps left in your cabinet. Sure, you could eat them, do Peeps jousting, make a Peeps hat, or do a Peeps treasure hunt. Or, you can create a quick game of Angry Peeps for all your Angry Birds fans. Best of all? It’s a real-life activity, and will get your kids up and playing, and away from the screen. 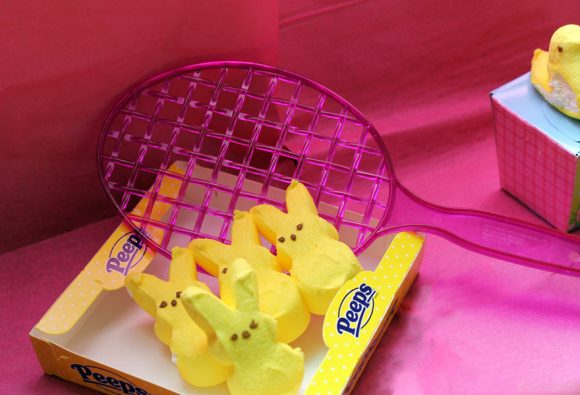 1. Stack up Easter gift boxes (mine came 8 to a pack for $1), and place Peeps chicks on the boxes.

2. Step a few feet away, and launch a Peeps bunny toward the stack of boxes and birdies.

3.  You get three tries to try to knock all the chicks off the boxes.

My three sons liked this game, but I have to admit, the number of Peeps dwindled after a few rounds.

p.s. Thanks to staffer Carissa for taking these photos, including that amazing action shot of the Peep in mid-flight! :)