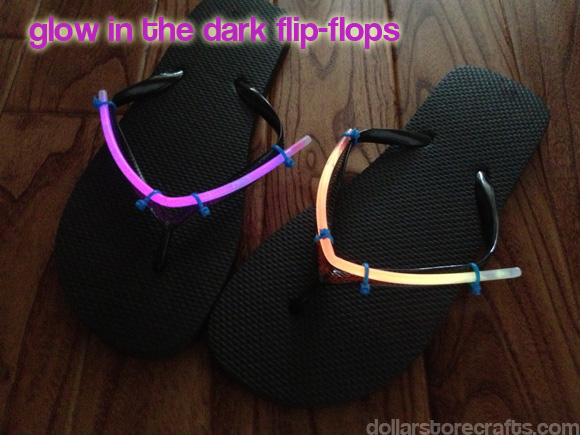 Want to be the coolest kid in the campground? How about slipping on some sweet glow-in-the-dark flip-flops for a special night? Nobody will step on your toes when they glow! Create glow-in-the dark flip-flops with just a few materials from the dollar store.

These flip-flops will glow for just one night, but you can easily remove the glow sticks once they’re done, and replace them with fresh glow sticks the next time you want to shine. 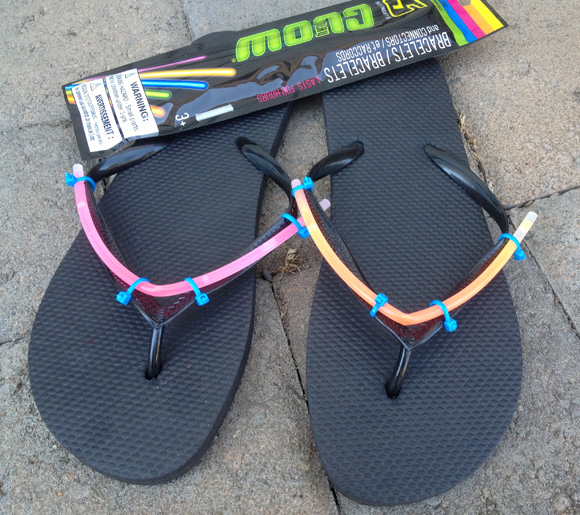 How to Make Glow-in-the-Dark Flip-Flops:

For best results, make your flip-flops right before you will be wearing them, to ensure they will glow throughout your evening event.

1. Break a bracelet-length glow stick to activate the glow. Gently bend the glow-stick in half.

2. With four small zip ties, secure the glow stick to the straps of your flip flops.

Tip: Make sure the knob of the zip-tie faces outward at the top of your flip-flop to ensure that it won’t rub against your skin. 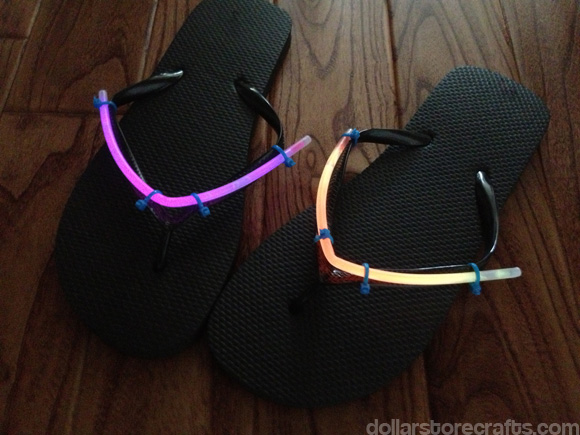