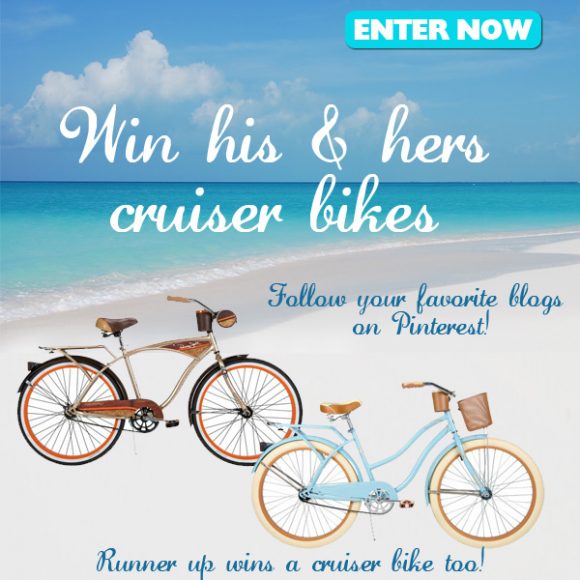 Summer is here! Imagine hitting the boardwalk with a friend, both of you on a sweet new cruiser bike! To celebrate the beginning of summer, we’re teaming up with a few other bloggers to bring you a fabulous summer-worthy prize: His & Hers Cruiser Bikes! And because these bikes are so awesome, we are giving one away to a first prize winner as well! 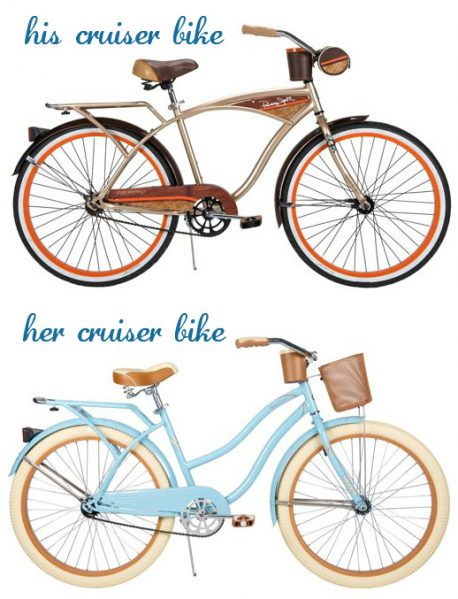 Choose from any two of the following*: 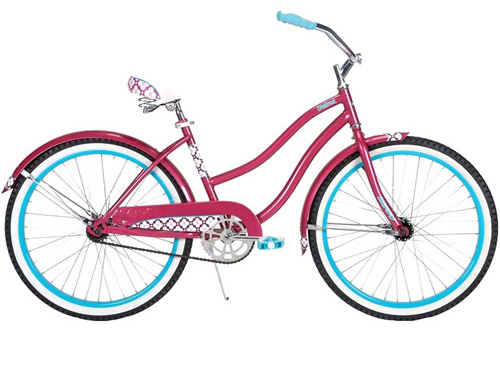 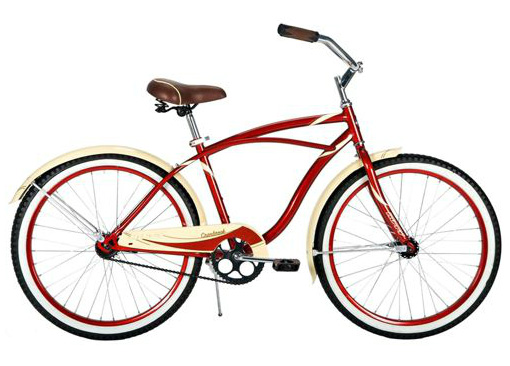 *We reserve the right to substitute for equal or higher-value bikes.

This contest is sponsored by the following awesome blogs: The 36th Avenue, The Dating Divas, Mod Podge Rocks!, Rage Against the Minivan, The Budget Savvy Bride, and Dollar Store Crafts.

Fine Print: Giveaway will end at 11:59pm (PDT) on June 21, 2013 . Grand Prize winner will be chosen and shipped two cruiser bikes, choosing either adult or child bikes, in a male or female style. The maximum MSRP of both bikes together is $300. The first place winner will be chosen and shipped a single cruiser bike, choosing either an adult or child bike, in a male or female style. The bike has a maximum msrp of $150.00 No purchase necessary. Must be 18 years of age or older and a resident of the U.S.A. to enter. This giveaway is in no way affiliated Pinterest. Pinterest will be completely released by each entrant. One entry per person. Entry includes filling out the form above including name, email and pinning. One entry for filling in the form. You are providing the information to the sites involved who will in no way sell or give your information to anyone including Pinterest. Winner will be chosen using random.org. and will be notified via email within 48 hours of the giveaway close. Winners will be announced on the post, not on Facebook. The winner must respond within 48 hours of receiving the email or a new winner will be chosen. No purchase necessary.