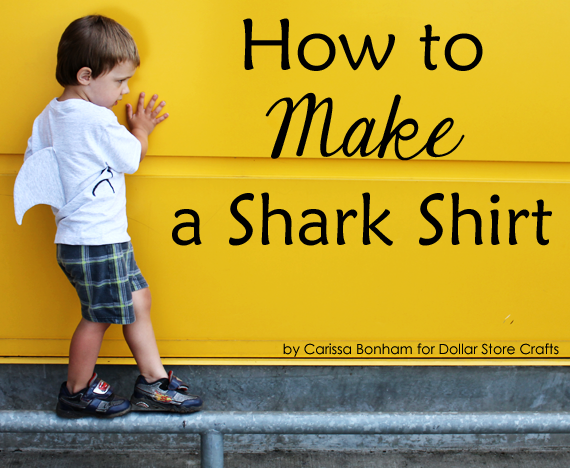 My son loves dressing up. Whether it’s as a superhero, a tiger or a pirate he loves to make believe he’s a new person or creature. This shark shirt is easy to make and will provide hours of dress up fun. It also make a great Halloween costume or conversation piece when out and about! 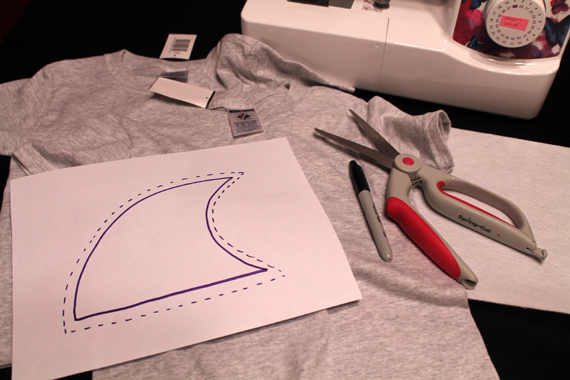 Before beginning, be sure to wash and dry both shirts to remove any sizing and prevent shrinkage later on.

Use a marker and a piece of paper to outline an image of a shark fin. Adjust size of fin based on size of wearer. Draw a dotted line around the silhouette, .25 inches from the edge. This will provide a seam allowance. See image as a guide. 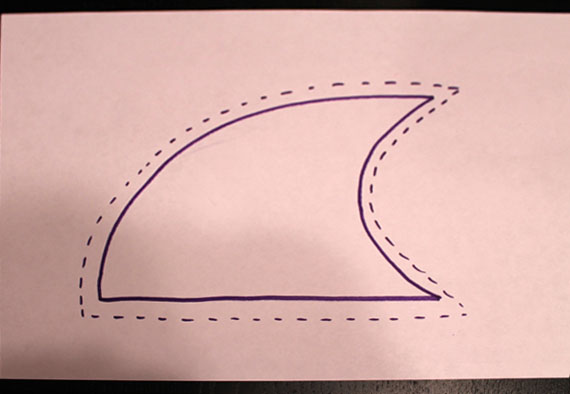 Cut out interfacing the size and shape of the solid outline. Turn one t-shirt inside out and cut out two pieces of T-shirt from fabric, following the dotted lines (Pro tip: Make smoother seams by lining up the bottom of the shirt with the bottom of the cut out.) 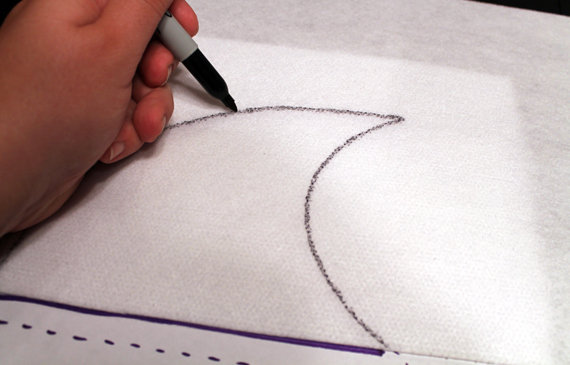 Leaving the pieces right sides together, use sewing machine to stitch with a medium length straight stitch around the sides of the t-shirt fabric, leaving the bottom open. Turn right side out and press. 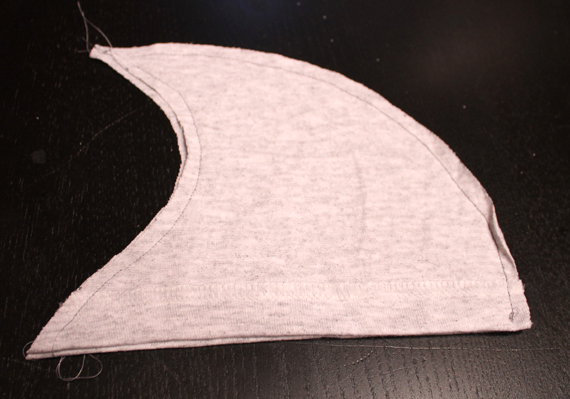 Insert the interfacing all the way into the fin pocket, trimming if needed to fit. Follow instructions that came with your interfacing to fuse it to the fabric. 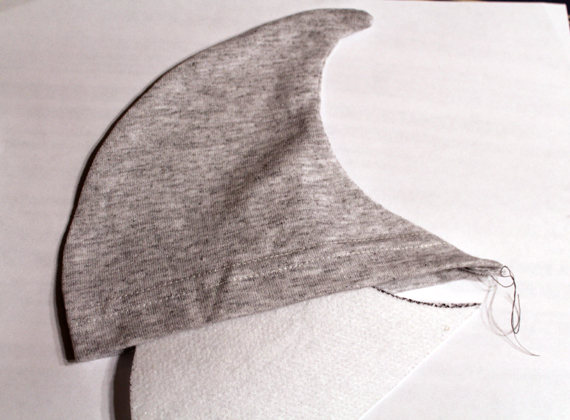 Fold bottom edge of fin fabric in to the center bottom of fin. Pin to hold fold if desired. 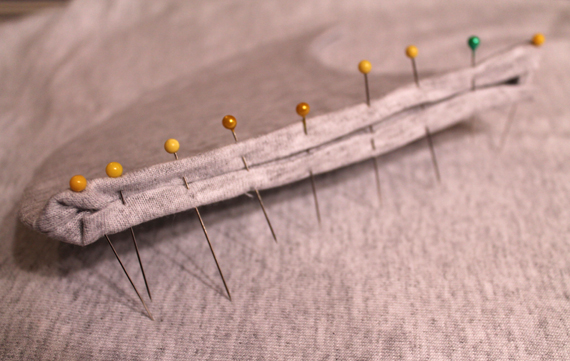 Fold t-shirt in half and press to great a press line going down the midline of the shirt. Insert scrap cardboard such as an old cereal box into the shirt. 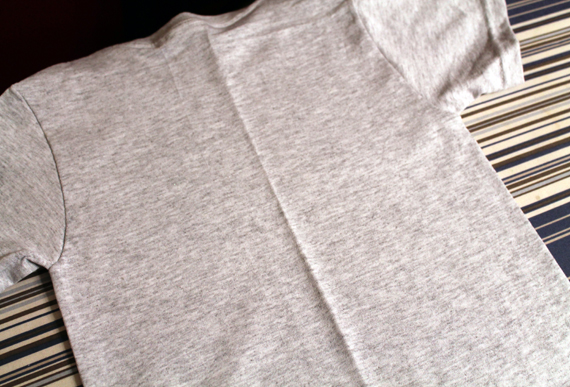 Line the fin up with the crease you created on the back of the shirt, splaying the bottom edges of the fin out to either side. Pin fin edges to the t-shirt. Remove cardboard from shirt. Fold fin to one side and stitch the fin edge to the t-shirt using a narrow zig zag stitch. Repeat on other side of fin. 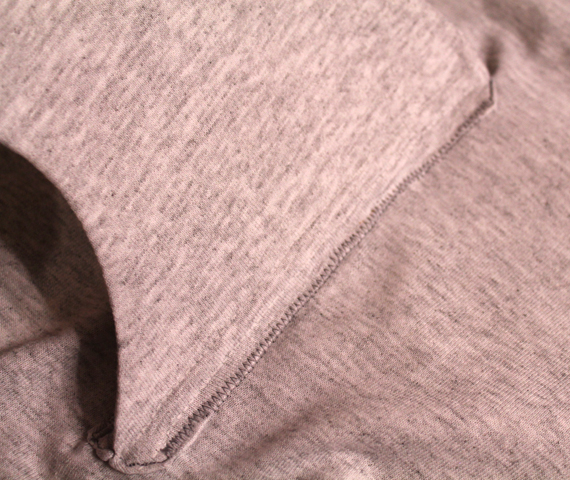 Use permanent marker to draw two U-shaped gills on the side of the shirt under each sleeve. 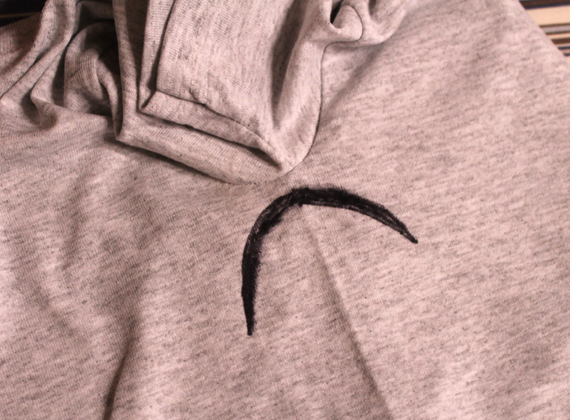 Have fun with your little shark! 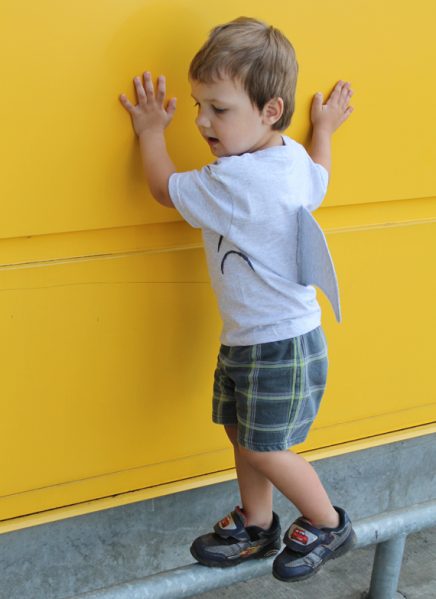